As the curtain closed on Ultimate Boxxer 4, and the plaudits swirled around Mikael Lawal’s crunching finish of Damian Chambers, Rhasian Earlington was left to wonder whether that should have been him.

Clearly weary from his brutal match up with Earlington, Chambers provided little test for the eventual winner Lawal, but the eyebrows raised had come in the previous bout, as Team Earlington felt they had done enough to surpass being knocked down and progress to the final.

To say it was close was an understatement. Surviving a barrage of punches from Earlington, who flowed seamlessly from body to head and back again, Damian Chambers deserved immense credit for not going to ground when visibly shaken.

Despite failure in the cruiserweight 3 round war, Earlington had already done enough to win the sold out crowd over in Manchester. Retiring the legend Tony Conquest, in the (then) fastest ever time recorded for an Ultimate Boxxer stoppage, Earlington had gripped the TV audiences as well as those in the arena.

Whereas as some may strut after the destruction of an early favourite, his claim he was “still scared of being punched in the face” alongside a charismatic fighting style, won fans of opposition fighters over, those fans who are now keen to see where his career goes from here.

Cruiserweight Rhasian Earlington looks back over his career high at Ultimate Boxxer, relives the moments that defined the night and in one sentence both wishes Damian Chambers luck in his upcoming Central Area title fight, and calls him out! 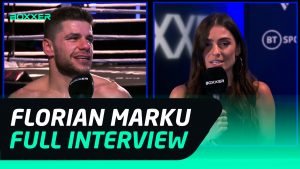 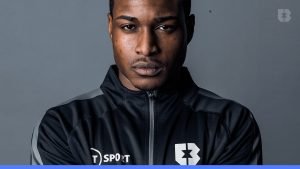 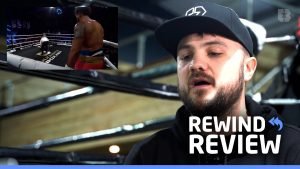 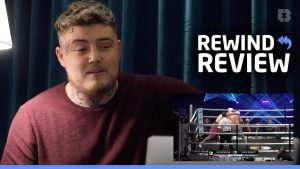