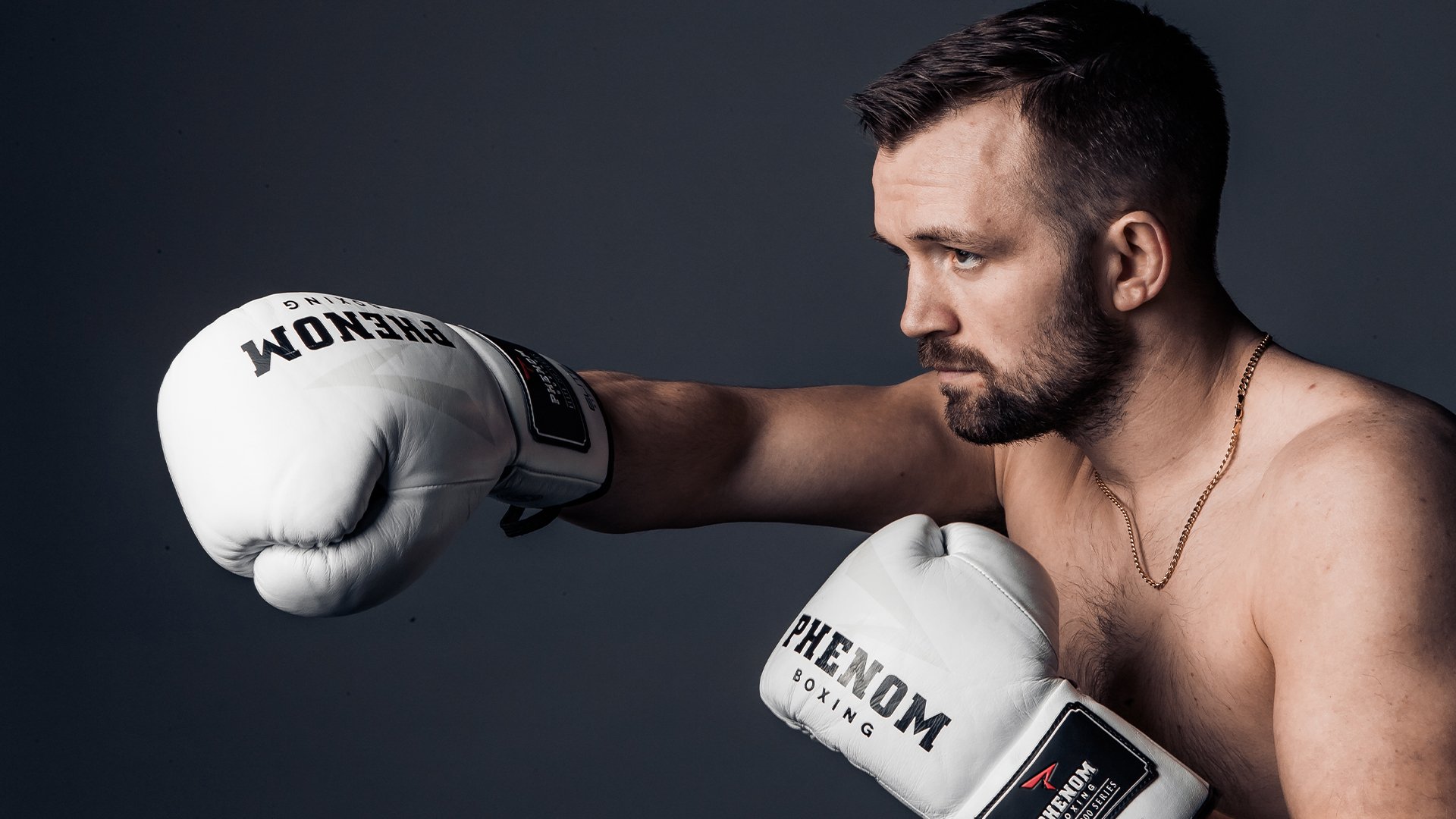 Tommy Philbin on fighting through lockdown.

In these unprecedented times everything gets more difficult and it’s no different for boxers.

But when you’re already fighting on all fronts how does this lockdown period affect your mental health? UB7 Contender Tommy Philbin revealed all in a recent, open interview with British boxing news.

Tommy has been boxing since he was nine years old, competing in over 100 amateur bouts before taking to the professional ranks in 2015. But, not only has he faced brutal bashings inside the ring, he has faced a fiercer opponent out of the ring, a 10-count of his own – depression.

“It’s this whole thing of boxing being for tough guys. But I’ve cried more in the last two years than I ever have in my life.”

Every morning, the desire to stay trapped in bed, fenced in from the outside world, diminishes a fighter’s enthusiasm that he or she embraces. Boxers live and breathe fighting from the moment they first wear the gloves, to the moment they have to grudgingly part ways with their sturdy assets.

However, for Tommy, he experienced this earlier than expected. The Edinburgh man was forced out of the sport on two occasions because of the mental health issues he encountered. His first experience coming in 2017, a year after his first professional win. Depression doesn’t just come from the mind; it also affects the body. The suffering father placed too much stress on himself in and out of the ring – a clear indication of how it was triggered.

Tommy has achieved a lot in the sport, claiming the Celtic super middleweight title in a thrilling 10-round bout against Rhys Pagan. Not so long after, the Scot disappeared from the sport just short of a year. He made his return to the ring in devastating fashion stopping Dominic Landgraf inside a round. But the triumph was short-lived as he disappeared from the sport once again, this time for a whole year.

“I was already diagnosed with depression,” said Philbin.

“Then I had my encounter against Landgraf at the Hydro. That was my first fight for nearly a year. After that brawl and fighting Pagan, I thought this was the moment that would start things off, and get my career back on track, but it never did. That really got to me and affects me today.”

A couple of turbulent years followed for the former Celtic super middleweight champion which he wouldn’t have anticipated. He reflects how it felt being hospitalised soon after recognising his downturn.

“Before I fought Pagan that was when I really started to notice something. The build-up leading to the fight, I didn’t really know what is was.”

Mental health issues aren’t just new in the sport and to Tommy. The consequences can be fatal if the patient doesn’t seek for professional advice or guidance. For the Scot who overcame these circumstances, another fighter sadly lost the fight.

Connor Law, a middleweight boxer who took his own life last year after suffering from depression. Just days before, he tweeted thanking pals for helping him through a ‘tough time’. Tommy was left devastated by the tragic loss as he knew Connor well in and out of the ring.

“He spoke to me about it, not in great detail, about having to cope with this, but it was a shock to me and I am a bit heartbroken, to be honest.”

For Tommy, there is some light at the end of the tunnel. Overcoming depression for a second time, he bounced back and fought on two occasions in 2019. A return to the ring is something that stood out for the Scot, but being part of the boxing lifestyle is the real victory he wanted. Having that lifestyle of a boxer was a thrill in itself, a feeling that Tommy welcomed in open arms. From training, promoting, and overcoming mental struggles have been elements that have helped him forget his recent perils. All were major influences on him turning a corner.

Boxers are commonly known for being the most dedicated and hardworking specimens in the business. The Edinburgh born man’s devotion to the sport, however, is something out of the ordinary. His preparation is intense, from training to the promotion of a fight. For the father of two, all the above are what the Scot endures, not just in the ring but out of it as well, most recently in the last few years. In order to box, the lifestyle he is comfortable with played a major role in accelerating the dangerous mental health state.

“Trying to balance what is normal for a boxer is a struggle in itself. I can’t live off a normal boxer’s wage because it’s not enough at the end of the day.

“I have a mortgage and a family to provide for and for what it’s worth at my level, you’re getting paid nothing. Of course at a higher level with elite promoters, it’s a different story altogether.”

Tommy admits he is still chasing the dream of finding himself in a position to live off what he earns solely from his boxing skills. That said, he does harbour a real passion for his other mode of employment as a fishmonger.

“I have to admit I’ve landed on my feet with my job as I really love it,” he said.

“It would be sad to give up if I ever get into that position, I love cutting fish and I have a great diet because of it. People sometimes look at me when I say how much I love it, but that’s just me, it has helped during the period I was suffering from depression.

“Boxing is also a full-time job. I train six days a week, twice a day so it’s a lot of hours put in. I’d like to be able to take eight or ten weeks off for training camps and then go back to my job as a fishmonger. That would be my ideal preparation.”

Stamina and heart, two qualities that are necessary for any boxer but not highest on the list at the elite level. To achieve that goal, he must include a significant margin in his weight division to have the possibility of a title chance.

It is all good competing in over 100 amateur fights, yet winning many amateurs bouts doesn’t mean you are destined for greatness. At some point, Tommy will realise a boxing career doesn’t last forever. It is time to put the struggles aside and establish his credentials as a fighter.

“A title fight is a boxer’s dream, especially for me. My aspiration is to get a title fight and I hope I have that chance before I eventually retire from the sport. I have had a good career to date, but if I want to go one further, I need to continue what I’m doing and sooner or later my chance will come.”

Currently ranked 178 at light heavyweight in the world on BoxRec and 21st in the UK. For this stance to change, he needs to break into the top 100 to be considered for his dream title fight. But, a short career to date for the Scot eclipsing just over ten bouts. Tommy claimed victory on his debut against Mitch Mitchell and has gone from strength to strength ever since. There is no doubt he has the ability to prevail and has shown it in the ring by winning his first thirteen fights.

However, all good things have to come to an end, even for Tommy when his unbeaten streak came to an end last year. His opponent Serge Michel countered the Scot’s forte of boxing on the back foot, allowing the German to dictate the course of the fight.

After losing to Michel, a defeat of this magnitude would knock back any boxer’s confidence. Nonetheless, Tommy has reassured his passion for boxing by stepping in the ring knowing that he is in harm’s way.

“I live for the sport, after my defeat to Michel – who was a difficult opponent and has fought for his nation at the Olympics a few years ago. I just want to get back out there and prove to everyone I can compete at the highest level in boxing.

“Everyone knows you can get hurt in boxing, but that is what I and others signed up for. In order to win and achieve great things in the sport, you will eventually get hurt along the way.”

Normally a super middleweight, Tommy was offered the opportunity at light heavy weight in his last fight against Michel. Unfortunately, that defeat showed the difference in class and for that reason, the 29-year-old stepped down to the division he is most comfortable in. Nevertheless, he gained one incentive from that loss, a substantial payday.

“If anyone watched the fight, you could see straight away I was out of my comfort zone as I’m a natural super middleweight. Serge was very sharp, a wee bit too good for me maybe.

“But at least I received a big pay check from this defeat, it helped me out a lot in the run-up to Christmas and my family seemed satisfied from it.”

That doesn’t include keeping those close to him happy. His passion for the sport also constitutes to his family with fiancée Lauren, and kids Charlie and Annabella who in turn, support his every movement in boxing. Tommy says he wouldn’t have it any other way.

“Monday is my earliest day as I’m up and out of bed just after midday, before leaving to head up to Perth to start work at 10 am,” he explained.

“I then carry on working until 2 pm, arrive at home about an hour later, and to finish it off, I go out for a run. I’ll then spend the rest of the day with my missus and my kids before going to the gym to train at night.

“This is a usual routine for me every week. I continue my training over the weekend as well, as you can imagine, it can get pretty tough at times.”

Tragedies happen in life and in sport. With Connor Law in mind, it’s uplifting to see a fighter like Tommy Philbin be so open about his past mental health struggles.

Above all that, speaking with positivity and admiration for the sport he’s been a part of since the age of nine shows how far he has come. Advising those who are struggling, not just in boxing, but to anyone who experiences depression is an inspiring motive.

“Take all the help that you are given. Look at my experience, I can be really good today, but tomorrow, I could be back in that bad place all over again.

“There is plenty of help out there, and do speak up because if you are willing to receive the offered help, you will get better and that’s how I overcame my struggles.” 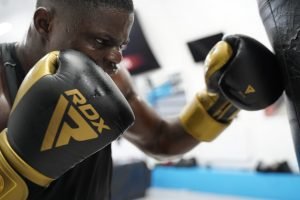 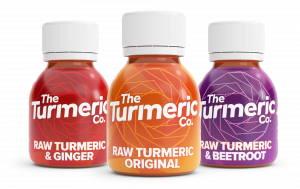 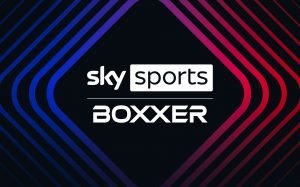