Revenge for Dillian Whyte against Alexander Povetkin. Is Deontay Wilder next? The almighty trilogy between Mike Tyson and Evander Holyfield is set for this summer, but is it good for boxing? Another come back in the works is Golden Boy himself, Oscar De La Hoya, but against a UFC fighter…Staying with UFC, their answer to Mike Tyson has finally won the heavyweight belt, Francis Ngannou knockouts out Stipe Miocic with the power of a Ford Escort!? Ben Askren takes the upper hand in his press conference with Jake Paul as the hype builds for their fight. Looking ahead, is Devin Haney vs Ryan Garcia the fight to make? Carl Frampton makes an attempt at greatness to become the first Irish x3 weight world champ and Paulie and Dan look back on Norton vs Ali. 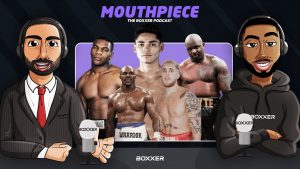 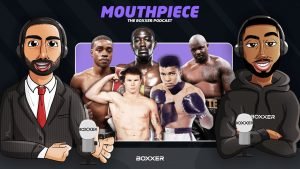 Greatest ever cruiserweight? Can anyone beat Canelo? HUGE fight for Dillian Whyte – MOUTHPIECE #3 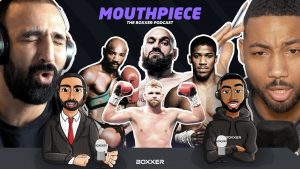 Tyson Fury vs Anthony Joshua is ON! How will Logan Paul do against Floyd Mayweather? – MOUTHPIECE #2 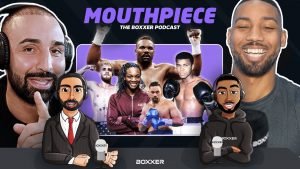