Jarrett Hurd looses his titles via split decision to Luis Arias. Badou Jack stopped late entry WBA No. 13 ranked Dervin “El Diamante” Colina, after 3 knockdowns and a stoppage at 2:57 of the fourth round

Also this weekend, Daniel Dubois back to winning ways following 2nd round KO. Paulie and Dan also look into the realities of the 1st loss in a fighter’s career

3 huge weeks for Top Rank is kicked off by undefeated prospect Shakur Stevenson vs Jeremiah Nakathila. The GWOAT, Claressa Shields, is moving to MMA for a new challenge and Nonito Donaire’s legacy keeps growing and growing

A look back through history brings us to…

June 7, 2003 – Arturo Gatti defeated Micky Ward by 10-round unanimous decision at Boardwalk Hall in Atlantic City, New Jersey, in the finale of their storied trilogy, again winning Fight of the Year

June 8, 2002 – Lennox Lewis knocked out Mike Tyson in Round 8 to retain his WBC and IBF heavyweight titles at The Pyramid in Memphis, Tennessee.

The KO won The Ring’s Knockout of the Year.

June 9, 1978 – Larry Holmes defeated Ken Norton by split decision to win the WBC heavyweight title at Caesars Palace in Las Vegas in one of the greatest fights of all time. 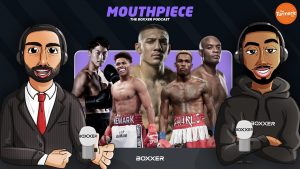 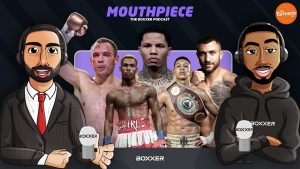