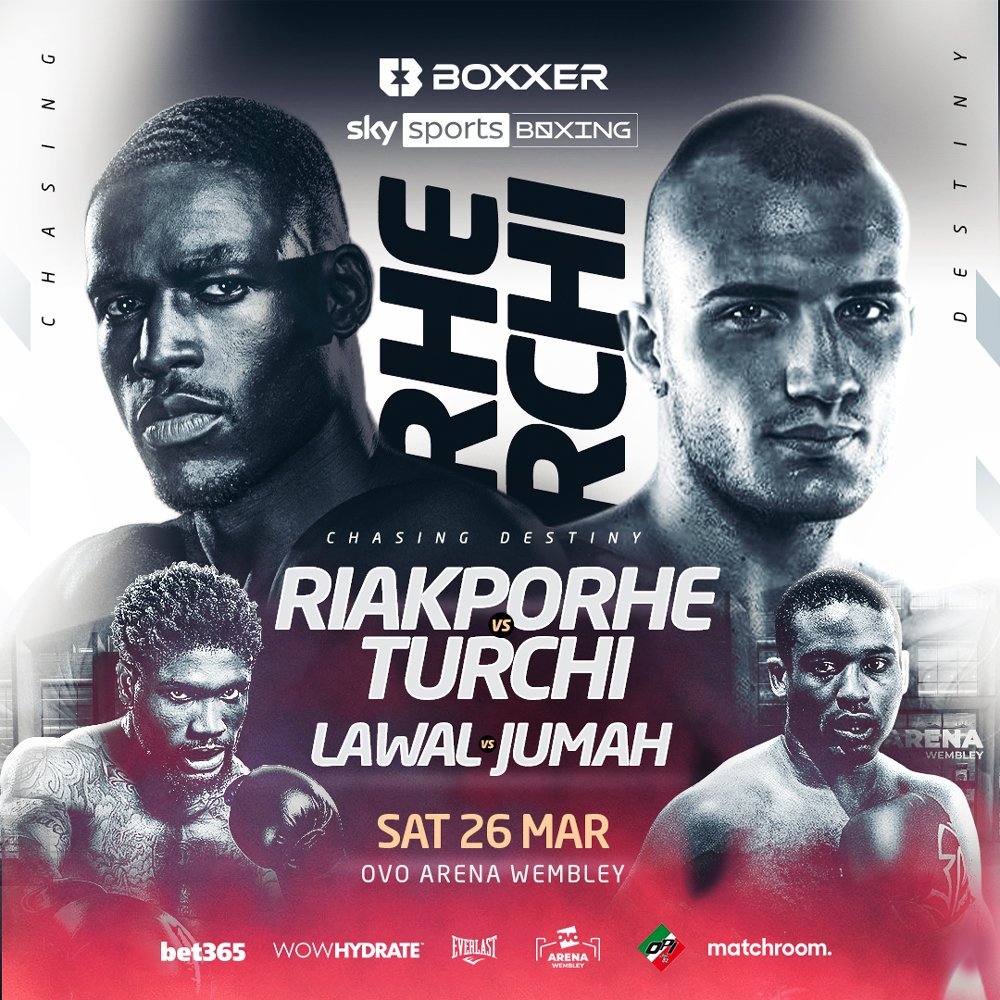 Victory for Riakporhe (13-0, 9 KO’s) will put him in prime position to secure a world title shot later this year and put him within touching distance of achieving his greatest ambition.

Standing in his way is former WBC International Cruiserweight Champion Fabio Turchi (20-1, 14 KO’s). The heavy-handed Italian, who has secured 66% of his wins by way of stoppage, is also set on becoming world champion and is headed to London intent on shattering Riakporhe’s dreams in front of his home crowd.

Cruiserweight contenders are also set to collide in the chief support slot when Mikael Lawal (15-0, 9 KO’s) faces former English Cruiserweight Champion Deion Jumah (13-0, 7 KO’s) in what promises to be an explosive encounter to determine which is them can lay claim to top spot in the domestic rankings.

Having commenced her professional career with a polished shutout decision win in Cardiff this past weekend, Caroline Dubois (1-0) will have her second professional outing on this card. Younger sister of Daniel Dubois, Caroline won numerous plaudits as a 37-3 amateur and has the potential to become one of the faces of the women’s sport worldwide.

Last time super-middleweight prospect Zak Chelli (10-1-1, 5 KO’s) was in the BOXXER ring, he impressed by blasting his way through a four-man, one-night tournament. Having followed that with an emphatic TKO win in the middle of last year, Chelli brings an all-action reputation to the ring as he commences his campaign for title belts in Wembley.

Former WBO Global Welterweight Champion Chris ‘2 Slick’ Kongo (12-1, 7 KO’s) aims to get back into world title contention this year and signed a multi-fight promotional deal with BOXXER earlier this year in pursuit of that aim.

Trained by renowned coach Ben Davison, who counts Undisputed World Super-Lightweight Champion Josh Taylor among his stable, Kongo will be kicking off his world title campaign on this card.

Ben Davison will also be in the corner of London heavyweight Jeamie TKV, another of his prospects, who is making his professional debut having signed an exclusive long-term agreement with BOXXER last month.