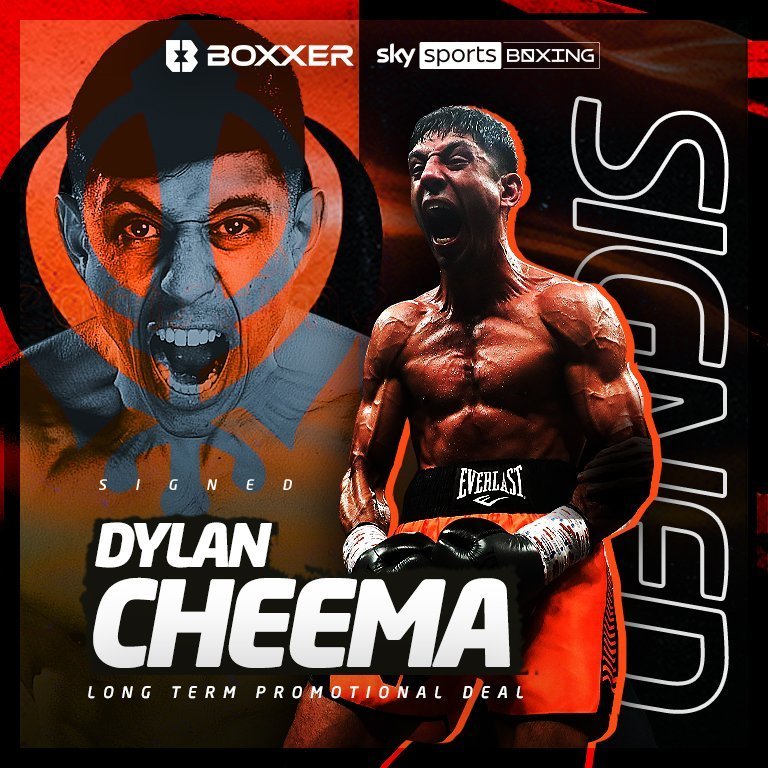 London, England – (May 13, 2022) – BOXXER today announced the signing of the undefeated young prospect Dylan Cheema (5-0, 1 KO), who stormed his way to victory in last month’s BOXXER Series tournament in his home city of Coventry.

The tournament run, which saw him win three fights in one night live on Sky Sports, earned Cheema a new army of British boxing fans as he progressed from major underdog to grand final winner over the course of the event.

A proud Coventry man, it was Cheema’s first ever time competing in the city in which he was born and raised. Cheema had transitioned to professional boxing following a highly accomplished run as a professional kickboxer, but Birmingham was the closest he had ever fought to home in either discipline.

A high achiever in other areas of his life – Cheema was a world champion in kickboxing and holds a university degree – he now turns his attention to climbing the professional boxing ranks and winning equally impressive plaudits.

Cheema’s new army of fans are joining his existing battalion, one which features a huge number of his fellow Sikhs. Drawing his ancestry from Punjab – a region of India with a long and storied warrior tradition – Cheema’s pride in his heritage is reflected in the strength of support he draws from the wider community across the UK.

At 25 years old and with his professional record now including a win over the highly-regarded Rylan Charlton, runner-up in the tournament, Cheema looks set to secure big opportunities as he joins the BOXXER ranks on a long-term exclusive promotional contract.

Ben Shalom, BOXXER founder and CEO, said “The Boxxer Series is all about giving UK boxers the chance to showcase themselves and secure big future opportunities. Dylan Cheema did exactly that in Coventry – he put on an incredible performance, going from underdog to tournament champion, and we’re very excited about his future potential.”

Cheema said, “This is just the beginning. I’m ready for the big fights – BOXXER and Sky Sports are the ones to make those big fights happen. I’m delighted to sign with BOXXER. I’ve got a good manager and a good team, and they’re going to guide me along this next stage of my journey.”