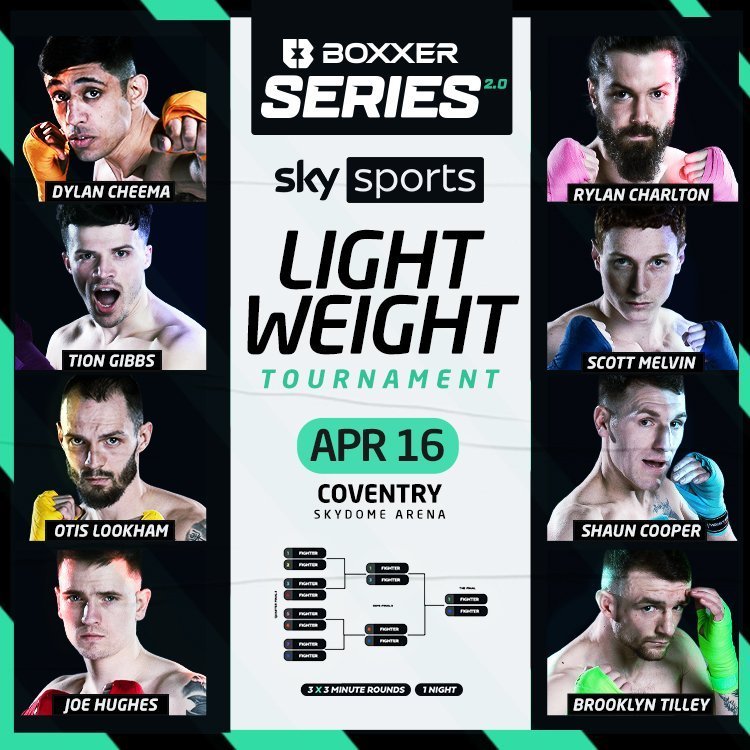 Coventry, England – (March 3, 2022) – BOXXER, the next-generation boxing promotion, today announced the names of the eight British lightweights who will enter the BOXXER Series: Coventry at Coventry SkyDome on Saturday, April 16.

Airing live and exclusively on Sky Sports, the one-night, eight-man tournament is one of the toughest tests in professional boxing and, alongside significant prize money, opens up major new career opportunities for successful participants.

BOXXER Series tournaments utilize the short-form boxing format (3 x 3-minute rounds), creating fast-paced, explosive contests as boxers seek to score definitive wins and guarantee their passage to the next stage of the tournament.

Events are planned for every major city in the UK as part of BOXXER’s commitment to grassroots boxing in Britain, with BOXXER Series events offering boxers across the country a chance to showcase their skills on the sport’s biggest platform.