Chelli first shut out Bulgarian hopeful Vladimir Georgiev (4-1), ranked #2 in his home country, before stopping Mike McGoldrick (7-1, 2 KO’s) in the final to claim tournament victory and secure himself a long-term promotional contract with BOXXER.

“They were all undefeated fighters and I like to take their ‘0’. I don’t believe [the tournament] was a risk – a fighter has got to fight anyone to be the best. Now I want a European title, British title, any title,” said Chelli afterwards.

His feat was aired live to sports fans across the UK by both BT Sport and ITV 4, with the simulcast making the BOXXER event – presented in association with ‘Blu, Lucozade, RDX and Bad Monday’ – available to over 90% of UK households.

A product of the Dale Youth ABC set-up which spawned super-middle world champions James DeGale and George Groves, the one-time World Youth quarter-finalist can expect doors to start opening now that he has earned a promotional berth on the upwardly-mobile Boxxer roster.

The youngest fighter in the four-man competition, the 22-year-old ‘Chelli Sauce’ was too frisky and technical for the 35-year-old McGoldrick, scoring three knockdowns via raking right hands and savage body shots before referee Bob Williams called the fight at 1:31 of the second round.

McGoldrick had booked his spot in the final by besting Scouse starlet Harry Woods (4-1) in a three-round war. A decade older and two inches shorter, the 5ft 11in Cumbrian dragged the undefeated England amateur international into a short-range slugfest from which he emerged with a unanimous decision win.

Prior to the tournament final, Albanian welterweight Florian Marku (7-0, 5 KO’s) entered the ring to face Sheffield veteran Muma Mweemba (4-2, 2 KO’s). The fight was waved off exactly 101 seconds after it began, with Marku knocking him down twice before finishing him off.

“When I wear 8oz gloves I feel like I have bombs in my hands. I knew I would finish this guy – nothing personal, but [fighting] is my life. For me this is not a hobby. I do this to survive, to make my family live better,” said the hammer-handed Albanian afterwards.

“I will clock out every opponent they bring me. [Next] I want to fight with Conor Benn. I hope he accepts, but he is scared, he knows what I can do with him… When he is in the ring with me, he will understand I am a real man.”

Returning from a 16 month lay-off, the 25 year old – a reformed ‘street kid’ who started boxing whilst on tag – took a few rounds to shed some rust but, once he warmed to the task, his superior strength and short game saw him a comfortable winner.

Formerly a spar hand to the likes of Oleksandr Usyk, Tony Bellew and Lawrence Okolie, the UB4 Crusierweight Tournament champion is now ready to advance to eight- and ten-round level. 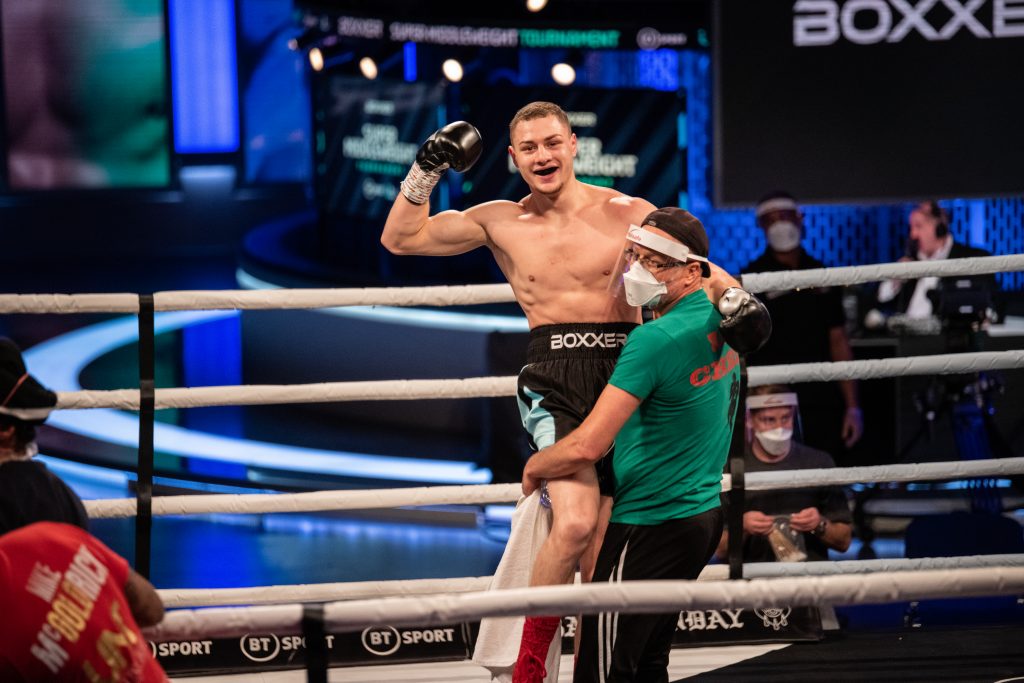 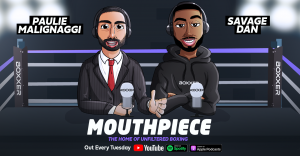 Mouthpiece Podcast – Round 2 – with Paulie Malignaggi and Savage Dan. 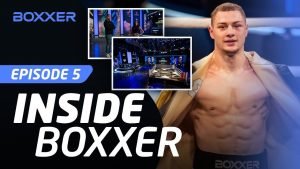 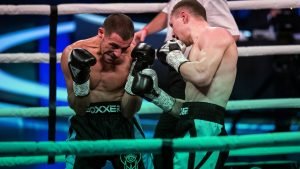 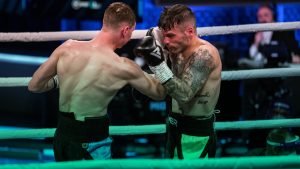