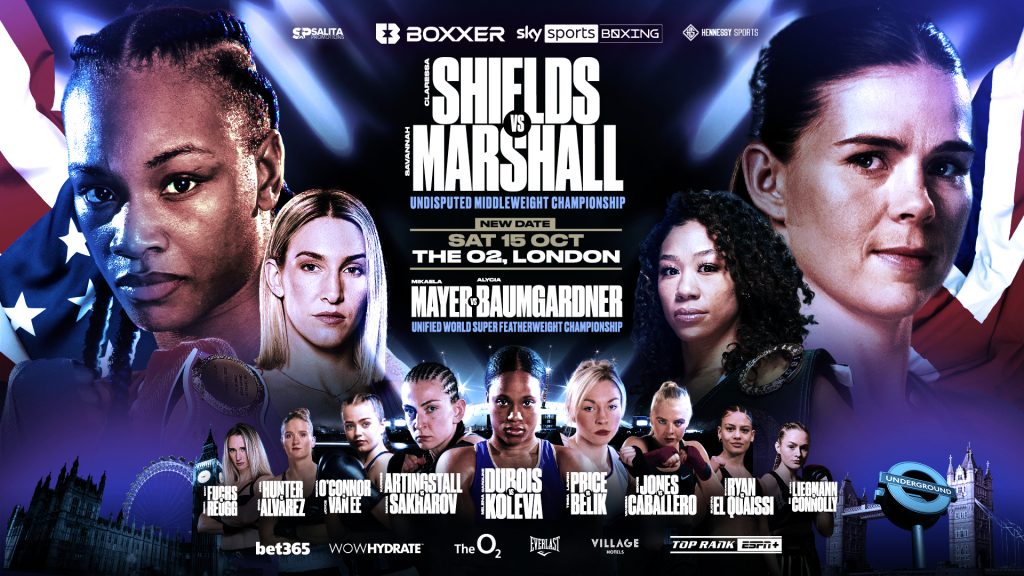 Unfinished business will finally be settled as the most anticipated female fight of all-time has officially been rescheduled for Saturday, October 15.

The headline bout will see bitter rivals Claressa ‘GWOAT’ Shields and Savannah ‘The Silent Assassin’ Marshall collide for the undisputed middleweight championship of the world, concluding their decade-long feud.

In what will be an iconic celebration for women’s boxing, the undercard for the first-ever all-female card televised in Britain remains the same in its entirety.

Team GB’s Tokyo 2020 Olympic gold medal hero Lauren Price competes, alongside fellow Team GB favourites Karriss Artingstall and Caroline Dubois who will all look to light up the capital on what promises to be a special evening for the sport.

This event is set to be a sell-out. The absolute, final tickets – from £25 – are available to purchase now.