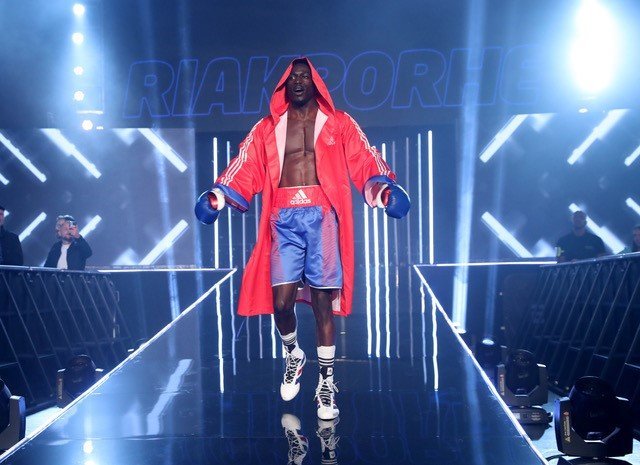 London, England (Saturday, October 2) Following a triumphant start to the new Sky Sports Boxing era, BOXXER has announced it will return to the SSE Arena Wembley on Saturday, November 20 with another action-packed fight card.

Featuring Olympians, a WBC Silver World Title Eliminator, a British championship fight and a host of rising stars with huge future potential, the card promises to be a breakout night for a new generation of British boxing stars.

Richard Riakporhe who returned from a prolonged injury layoff to win in style at tonight’s event, now takes a step closer to his world title dream. The former British Cruiserweight Champion will face Olanrewaju Durodola in a WBC Silver Cruiserweight Eliminator and, if successful, will fight for a major world title in 2022.

Hosea Burton, the former British Light-Heavyweight Champion, will have a chance to regain his former title in a long-awaited clash with Dan Azeez. The two British talents have been on an inevitable collision course for some time and the vacant British light-heavyweight championship now raises the stakes for this fan-pleasing clash.

The card also hosts the return of newly-crowned IBF International Welterweight Champion Florian Marku to the BOXXER ring following the signing of a new deal. The heavy-handed fan favourite will lay his belt on the line in what promises to be another of his trademark explosive encounters.

Having concluded her amateur career at the 2020 Tokyo Olympics, the sensational Caroline Dubois will take her first step into the professional ranks and begin her journey to becoming the next global superstar in women’s boxing.

Two of the hottest prospects in British boxing open the card, with Hassan Azim turning over from amateur to join his brother Adam in the professional ranks.  A member of Team GB and bronze medal winner at the 2018 Youth Olympic Games, Silver medallist at the European Youth Championships and six-time National Champion, red-hot Azim is one of the best prospects to turn over in recent years