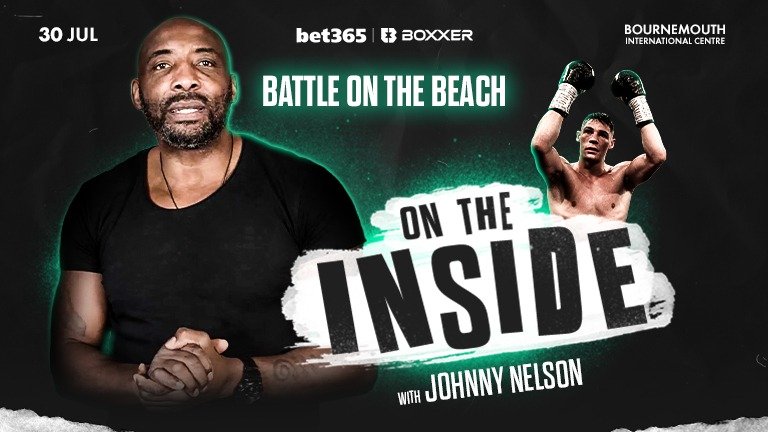 Starting with the main event, of course. This to me is a great trade fight if anything. It’s for the European and Commonwealth title, let’s not forget, so there is a lot at stake for both men. They both come into this fight with one blotch on their records. Chris Billam-Smith is here in his hometown of Bournemouth. He’s wanted this forever and a day down here and he finally has it.

But what an opponent to pick in Isaac Chamberlain, who has only been beaten by Lawrence Okolie in his professional career – and that was six fights ago. He’s had to go back and lick his wounds, and maybe hasn’t been as active as he would have liked since then with four fights being cancelled on him.

Chris though, let’s not forget, trains alongside Lawrence Okolie, the WBO champion. He has had activity, he has had consistency and looks in great shape, may I add. What are his strengths? Well, he is very strong, he is very fit and very determined. What are Isaac’s strengths? He has great hand-eye-foot coordination and very good speed, but I don’t think he is as strong as Chris Billam-Smith.

In saying that, this fight can go two ways. Isaac Chamberlain is easily talked into having an absolute tear-up, standing toe-to-toe with somebody. If he does that, then eventually he is going to come a cropper. To do that in this fight would be wrong. What he needs to do is do what he does best, show good hands, good footwork and use his hand speed. Chris Billam-Smith’s team will ask him to step up the fight from seven rounds on, wear him down, deny Isaac Chamberlain any time to breathe and look to take the win on points.

Isaac Chamberlain is taking a big risk in taking this fight alone, so in my head he must see something in his opponent to suggest this is a safe bet to take. Plus, it’s for the marbles as well – the Commonwealth and European titles. I think it goes the distance and I am going to go with what I know! I am very familiar with Isaac Chamberlain, and I think he will steal a points victory. I don’t see a stoppage, but I do see an amazing fight because these two fighters want it, and this is a huge moment in each of their careers.

I agree with Johnny, this is going to be a real fight – a very tight fight. I’ve watched a lot of Isaac Chamberlain and he is a very difficult fighter to pin down, and is more than capable of spoiling Chris Billam-Smith’s work. However, Chris is the more aggressive fighter of the two and that, for me, is likely to play heavily in his favour if we go the distance to the judges’ scorecards.

This is a very tight one to call – Chris is the odds-on favourite, but I do like Isaac too. The big contributing factor for me is Isaac’s run of opponents leading into this fight. If they had been of a better quality, I’d be edging in his favour, but as things stand, Chris Billam-Smith ‘By Decision or Technical Decision’ at 13/10 would be my pick! If you fancy being brave, the same fighter by virtue of Majority Decision (16/1) in our ‘Method of Victory’ market could prove to be a smart call.

Johnny knows his stuff though, and an Isaac Chamberlain victory by virtue of ‘Decision or Technical Decision’ at odds of 7/2 is very, very appealing.

*All quoted odds, courtesy of bet365, were correct at the time of writing and are subject to change.