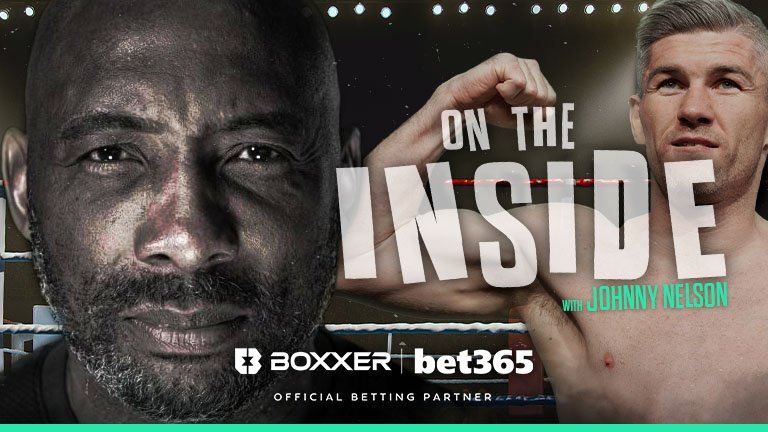 Boxing insider Johnny Nelson and bet365’s trading professional Ian Vickers have been dissecting Saturday night’s headline bout, as former world champion Liam Smith makes his BOXXER debut in his home city of Liverpool against the dangerous Hassan Mwakinyo. The powerful Tanzanian sprung a huge surprise in the UK four years ago when he stunned Sam Eggington at long odds, and ‘Beefy’ fans will be hoping his second visit to these shores proves far less fruitful.

I think it’s interesting that Liam Smith’s parting line at the weigh-in was, ‘remember what happened in sparing’! They are two opponents obviously more familiar with each other than we all realise. The fact that there was no response or gesture of defence to that comment from Hassan Mwakinyo suggests that whatever happened in the ring previously was favourable to Liam.

In terms of the fight, I expect Liam to come forward with educated pressure and I expect a lot of nervous energy to be blown in the first few rounds from Mwakinyo, who is a young and ambitious fighter. I hope Liam doesn’t become complacent and expect it to be an easy night’s work, because what can happen is that a young guy like this can come and pickpocket you.

Liam may have sparred with him and it may have gone his way, but let me assure you sparring and fighting are totally different. Liam has to respect his opponent as though he is a world champion. If he does that, and does everything right inside the ring, then I fully expect him to claim the win inside the distance. If he doesn’t do that, then he is going to make the job all the more difficult for himself.

Listen, Liam knows the dangers, strengths and weaknesses involved with fighting Hassan, and it is imperative he shows the same professionalism that has seen him reach the pinnacle before in his career. I certainly don’t expect to see an early stoppage in this one – these two fighters know each other and I fully expect them to settle into a rhythm fairly early on. I believe it goes late, but Liam will find a way through and win this fight by knockout. That is certainly where I feel the value lies in this fight.

I agree with Johnny entirely – it’s hard not to fancy Liam Smith to get the knockout! He has boxed at levels above Mwakinyo and was able to stop both Anthony Fowler and Jesse Vargas in his last two fights. Saying that, Mwakinyo is a live and potentially very dangerous opponent. ‘Beefy’ can take a while to break guys down and I expect Mwakinyo to be durable. Liam Smith will take his time with his work, but I believe he gets the stoppage.

As Johnny says, this fight will go late and I’d be inclined to look towards a Smith stoppage between Rounds 10 – 12 in our ‘Round Group Betting (1) market. At 9/2, I feel there is plenty of value in that.

*All quoted odds, courtesy of bet365, were correct at the time of writing and are subject to change.