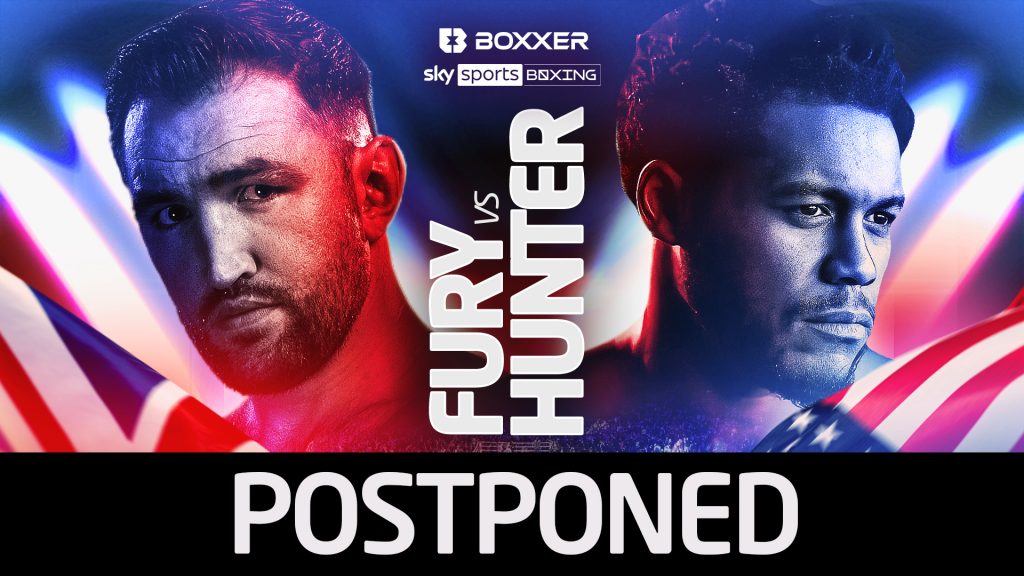 Manchester, England – (June 15, 2022) – The heavyweight contender clash between Hughie Fury and Michael Hunter has been postponed from its originally-scheduled 2nd July date due to illness.

Fury, who has staged this training camp in Cannes, France, had been attempting to train through the illness but his father and trainer Peter Fury today made the decision to suspend the camp to allow his son time to fully recover.

“On behalf of myself and my son, we apologise to the fans but most of all to Hunter and his team, because like us, they’ve gone through a hard camp and this news is the last thing anyone in boxing wants to hear,” said Peter Fury.

“Hughie struggled on through the illness but physically broke down. We look forward to this fight being rescheduled as it’s a great fight for both men and for the fans around the world.

Once again we apologise to everyone involved, but health is paramount in boxing.”

Fury vs Hunter is a WBA World Championship Eliminator bout which will send the winner forward for a shot at the WBA World Heavyweight Championship. We are working to schedule a new date for the fight at the AO Arena Manchester.

“Boxing fans all over the world have been looking forward to this fight and so have the two fighters. Nobody will be more disappointed than Hughie Fury and Michael Hunter by today’s news, but health is more important than anything. We wish Hughie a speedy recovery while we arrange a new date for this bout in Manchester,” said Ben Shalom, BOXXER founder and CEO.