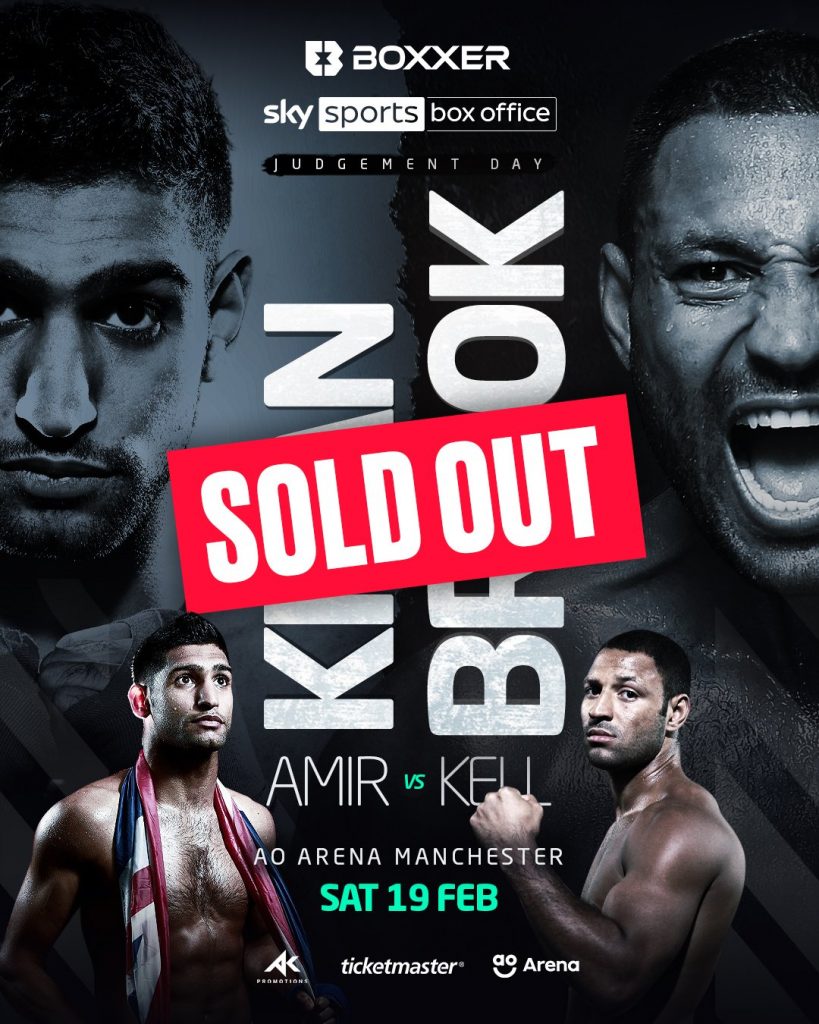 GONE IN 600 SECONDS: KHAN vs BROOK SELLS OUT IN JUST TEN MINUTES

Unprecedented Rush For Tickets Writes Khan vs Brook Into History

Two Months Before The Fighters Will Enter The Ring

Will Air Live And Exclusively On Sky Box Office

Manchester, England – (December 13, 2021) – Two months out from the night both boxers will enter the ring to settle one of the bitterest rivalries in British sport,

Tickets for the event have sold out in just ten minutes, making Khan vs Brook at the Manchester AO Arena one of the fastest-selling events not only in British boxing history but in British sporting history as a whole.

A clue to the unprecedented level of demand came when fans signed up for last week’s presale at a ratio of six fans for every one ticket available. When Friday’s presale opened, it sold out in just four minutes.

The speed of the presale sellout was echoed on Monday when a final batch of tickets went on sale to the general public, with the event officially being declared a sell-out just six minutes after the public sale began.

Following the lightning-fast sellout and value of the ticket inventory sold, BOXXER – which took over as the Sky Sports Boxing promoter just three months ago – now lays claim to records for biggest box office take for an indoor UK sports event and fastest sell-out for UK boxing event.

“We knew we could sell the arena out a few times over but the demand for tickets has been mind-blowing. The arena told us this event is ‘bigger than Bieber’,”said Ben Shalom, BOXXER’s founder and CEO.

“The level of national interest in this fight is just off the scale – it’s the biggest British battle in decades. We’re looking forward to an electric night on February 19 for what will be an iconic and legacy-defining fight in front of a sold-out arena and televised live and exclusively on Sky Sports Box Office.”

The rivalry between Khan and Brook dates back to their teenage years, when the 17-year-old Khan won an Olympic silver medal after being selected ahead of Brook for the Team GB squad which went to the 2004 Olympic Games.

With tensions between the two remaining high ever since their amateur days, British boxing fans have long had a showdown under professional rules on their wishlist. As the two top welterweights in the UK, February’s encounter will not only settle their rivalry but will also determine which of them is the best welterweight in the country.