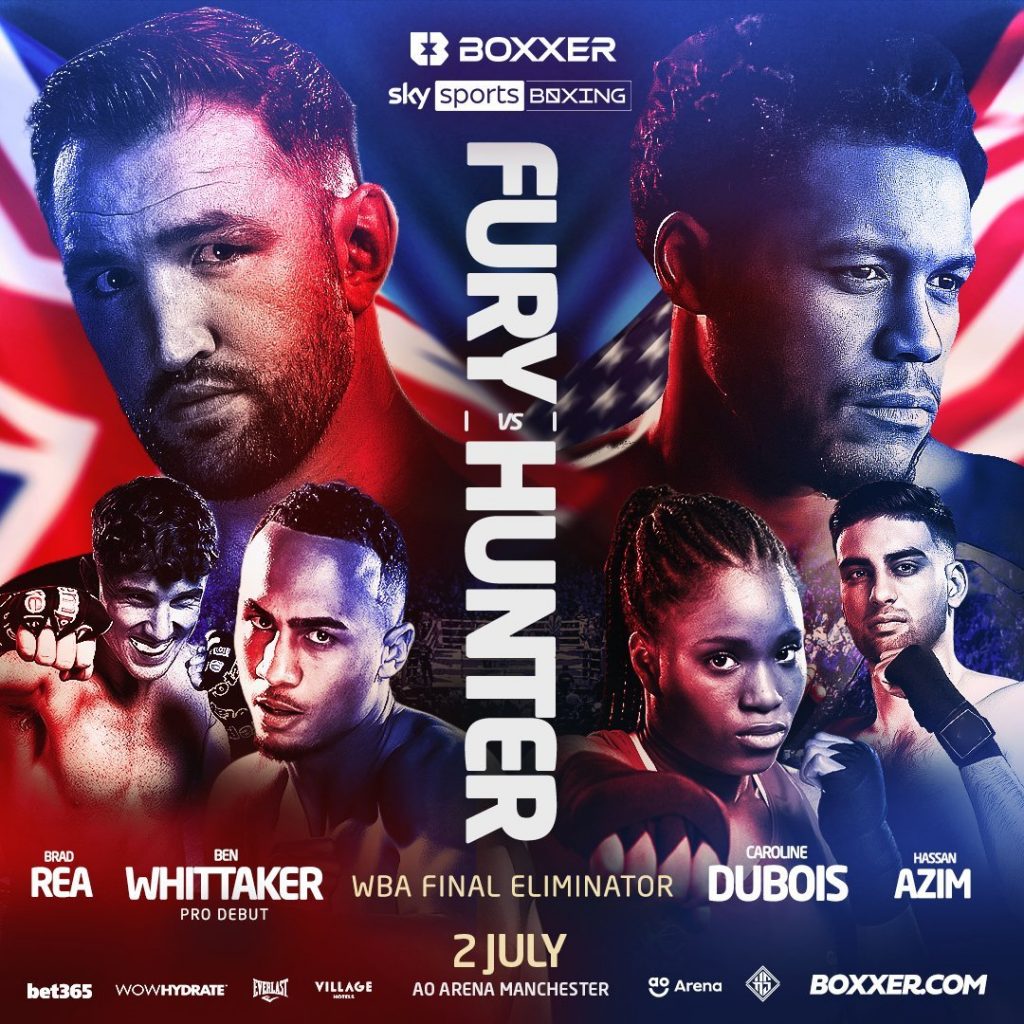 DUBOIS, AZIM AND REA TO LIGHT UP AO ARENA MANCHESTER ON 2 JULY

And Crucial Heavyweight Collision Between Fury And Hunter

The trio of prospects will join another red-hot talent who makes his highly-anticipated entry into the professional ranks, 2020 Olympic silver medallist Ben ‘B£NZO’ Whittaker. Trained by SugarHill Steward, multi-decorated amateur Whittaker was one of the most sought-after Tokyo Olympians. With his sublime talent and unique flair, he aims to become this generation’s face of the sport.

Manchester prospect Brad Rea (13-0, 5 KO’s), who defeated Lukas Ndafoluma last time out in April, fights in front of his home fans’ for the second time this year when he features in an eight-rounder against Welshman Morgan Jones (14-3, 5 KO’s).

The all-action middleweight flattened Craig McCarthy for the count with one left uppercut on his last visit to the AO Arena Manchester on the Khan-Brook undercard in February. Prior to that he enhanced his growing reputation with an impressive victory over Jez Smith in a pulsating eight-round battle last October.

Lightweight sensation Dubois (2-0, 1 KO) has looked superb since turning pro last year and is now unbeaten in two fights at just 21 years old. ‘Sweet Caroline’ registered her first stoppage – a blistering first round TKO of Martina Horgasz in March – and will continue to show her rapid development under trainer Shane McGuigan again as she marches towards her first title.

Hard-hitting prospect Azim (4-0, 3 KO’s) and his brother Adam – who also both train under McGuigan – are two of the most highly-touted sibling talents in world boxing. Hassan has two first round KO’s from his four wins and aims to make it a knockout hat-trick as he continues to blaze a trail in the welterweight division.

Fury and Hunter headline the card in a high-stakes WBA World Title Eliminator which will send the winner forward for a shot at the world championship currently held by WBA World Champion Trevor Bryant, who faces British challenger Daniel Dubois in the US this Saturday.