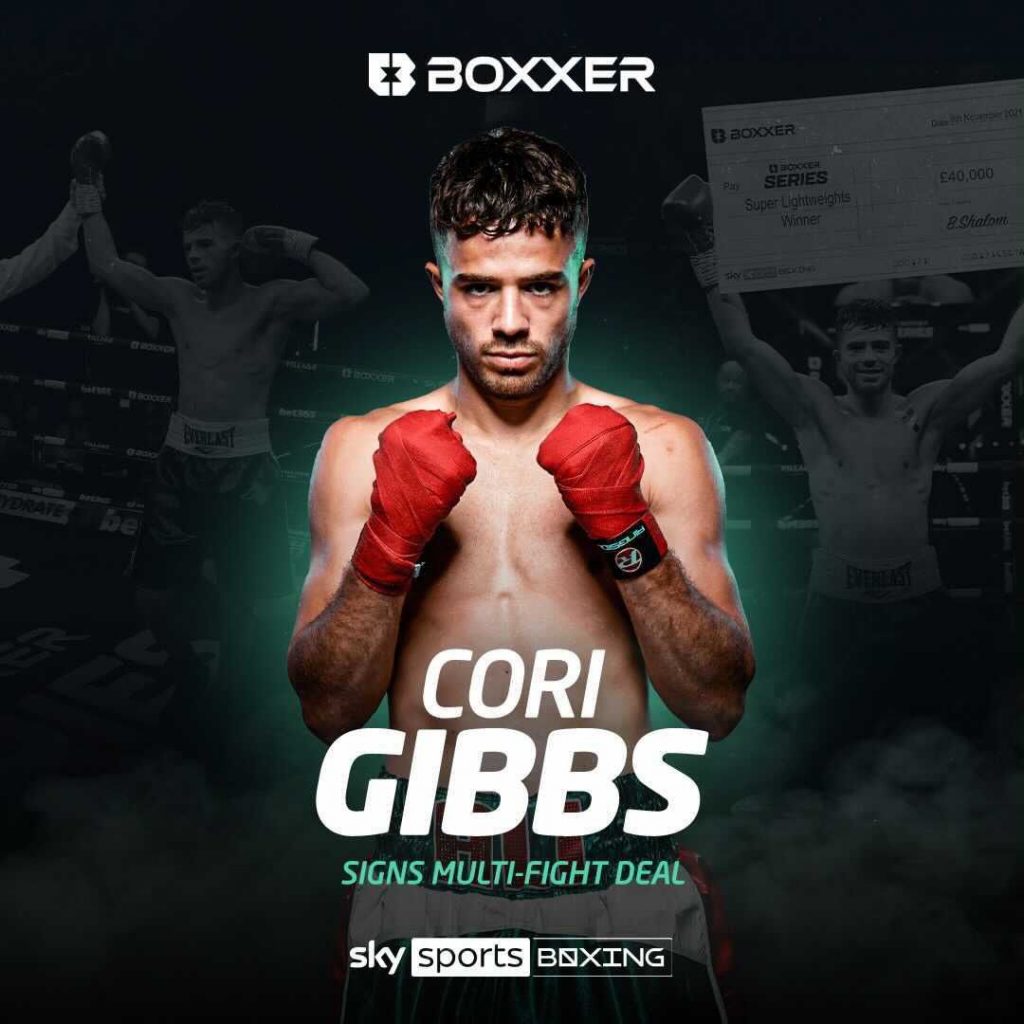 First Fight Under New Deal Will Be On The Undercard Of The Eubank Jr.-Williams Blockbuster

The Birmingham ace shot to prominence with three defining victories in one night – defeating two Merseyside fighters on home ground – to be crowned champion and picking up a share of the massive £100,000 prize money – the largest in UK boxing one-night tournament history.

Gibbs, 28, was the bookies’ favourite coming into the tournament with the only unbeaten record and his sublime southpaw skills overcame experienced rivals in former Commonwealth Champion Sean Dodds in the opening quarter-final, then former English Champion Lee Appleyard in the semis and former WBA International Champion Tom Farrell in the grand final.

Despite building an impressive 13-0 record prior to entering the BOXXER Series, Gibbs was relatively unknown outside of the boxing scene, but came into the tournament with a tremendous amateur pedigree.

He won 55 of his 58 bouts and was a member of the Team GB squad representing England and captured four national titles, including the coveted senior Four Nations trophy, a GB title and two-time winner of the Haringey Cup.

Boxing talent runs in the Gibbs family with his younger brother Tion, 26, who is undefeated in the pros with eight wins and is the current Midlands Area Lightweight Champion.

The Boxxer series provides ambitious and determined boxers like Gibbs with a golden opportunity to showcase their skills to a wider audience and punch their way out of obscurity into the bright lights.

Now with an unbeaten record of 16-0 and an enhanced profile, Gibbs will also see his position in the British rankings elevated as he pursues a shot at the prestigious British title before moving on internationally.

And the first fight of the new deal will see him featured in BOXXER’s first marquee event of 2022 on the undercard of the huge British blockbuster showdown between British superstar Chris Eubank Jr. against Welsh firebrand Liam Williams on Saturday 29th January at the Motorpoint Arena Cardiff.

Gibbs said, ”Competing for BOXXER was such a great experience, it was a no-brainer for me when I was offered a long-term deal. If you’re a British boxer, this is where you want to be. I’m looking forward to winning my first professional title live on Sky Sports next year.”

Jon Pegg, Gibbs’ manager, enthused, ”I’m very happy that Cori has signed a long-term promotional agreement with BOXXER and Sky Sports. They want to take him from prospect to champion and the platform is second to none.”

BOXXER Founder and CEO, Ben Shalom, said, “I’m delighted to welcome Cori to the ever expanding BOXXER stable and look forward to providing him with more career defining opportunities. He’s been on our radar for a while, he’s a special talent with all the attributes needed to succeed. The BOXXER Series was developed for boxers like Cori who are need of an opportunity to explode onto the scene.  He saw his opportunity and he took it, and he’s now been rewarded with a long-term contract and his career will sky-rocket from here.”

Adam Smith, Head of Boxing Development at Sky Sports, added, “I was hugely impressed by Cori Gibbs as he showcased stylish skills, amidst the chaos, while winning a hugely entertaining BOXXER Series show.

“I’d heard about Cori’s reputation and he really cemented that, looking the part in three frenetic tournament fights in Liverpool.

“He emerged with the winner’s cheque but also caught the eye of promoter Ben Shalom – and it just shows how the BOXXER Series can transform a fighter’s career in one night!

“Cori is another fantastic addition to a BOXXER stable, which goes from strength to strength, and he’ll now be guided towards titles as his exciting journey continues on Sky Sports.”