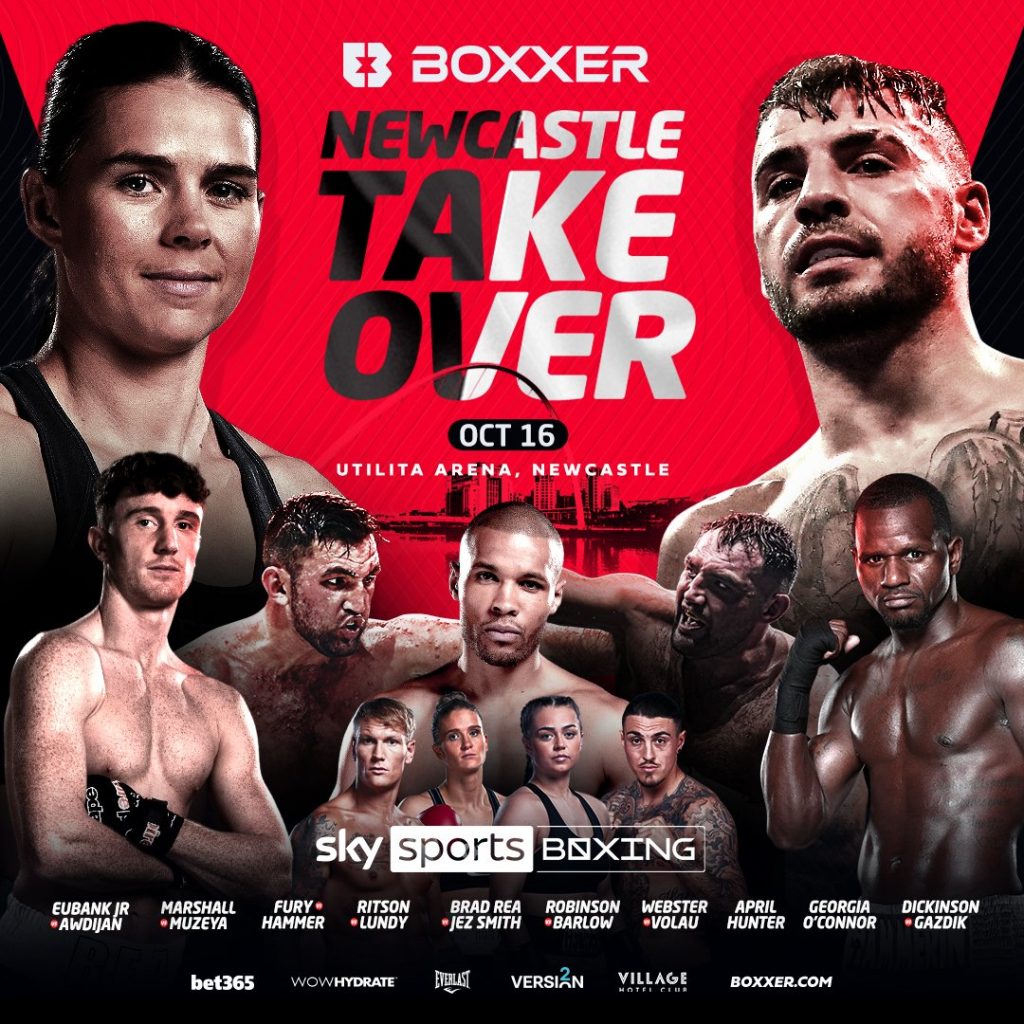 Next weekend’s BOXXER Fight Night event in Newcastle looks set to be the UK card of 2021 as the next-generation boxing promoter today confirmed the addition of Chris Eubank Jr to the line-up.

Eubank Jr had been due to fight this past weekend but was left without an opponent when his opponent was forced to withdraw on the day of the fight. Having remained in training, he and his coach Roy Jones Jr. will now head north to the Newcastle Utilita Arena on Saturday October 16.

Eubank Jr will face Wanik Awidjan in Newcastle, a German national of Kurdish heritage who holds the distinction of being a former IBF Youth Middleweight World Champion.

“It was incredibly unfortunate that Chris couldn’t fight last weekend but fighter safety comes first. Now we welcome him back in an intriguing clash with Wanik Awdijan. Chris has big aspirations of fighting the world’s top middleweights – and he’ll be eager to deliver an explosive display on a red-hot night in the north east.

“Hughie Fury faces Christian Hammer in a crucial heavyweight clash, while Lewis Ritson returns in a must-win fight with Hank Lundy, and Savannah takes centre stage as she defends her WBO middleweight belt against Lolita Muzeya.”