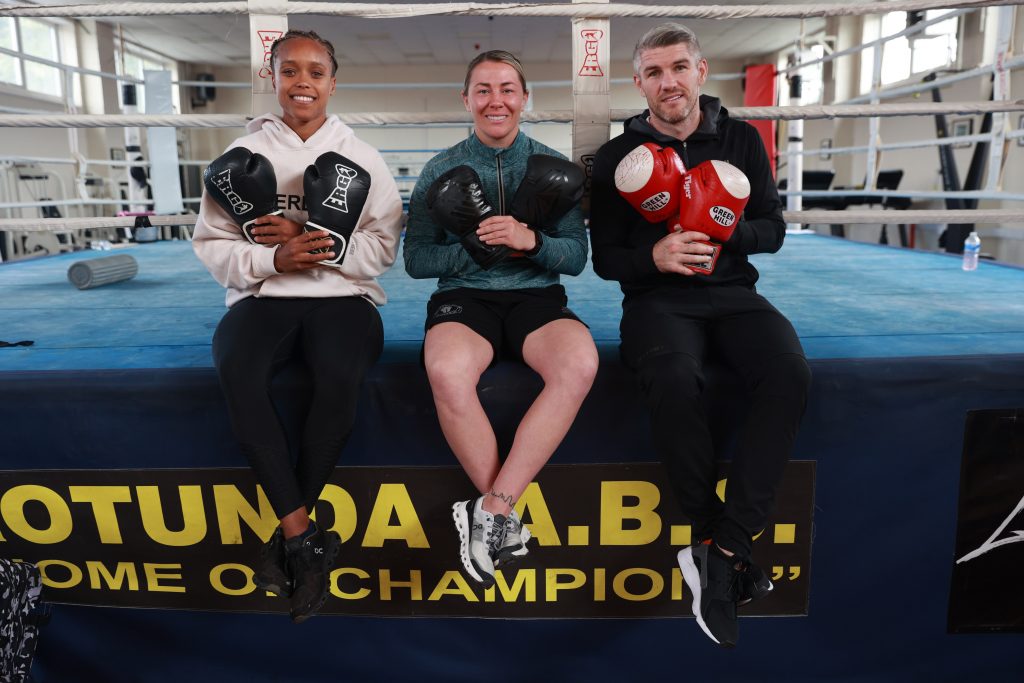 This week, ahead of its upcoming show at the M&S Bank Arena in Liverpool on Saturday, 3rd September, BOXXER will support Weapons Down Gloves Up to help raise awareness on how its programme can help steer young people away from gun crime and violence.

BOXXER has partnered with prominent MMA fighter – and Liverpool’s own – ‘Meatball’ Molly McCann to promote the power the sport of Boxing can harness through youngsters in an effort to reduce the volume of senseless acts unfortunately witnessed recently on the streets in the city of Liverpool, but also throughout the UK.

Weapons Down Gloves Up – which McCann is an ambassador – is an initiative aimed at young people in Liverpool aged 16-24, to help get them off the streets and provide them with vital life skills to gain employment afterwards.

It offers an eight-week programme. In the first four weeks, they’ll be in the gym, learning to box, building self-esteem, and learning a new skill.

The second four weeks, they are in the classroom gaining qualifications to gain a job. In the final week, they practice for interviews and then everyone interviews for a job.

The course has a 100 per cent completion rate where everyone completes the course and gets a job. And it has an impressive 93 per cent retention rate, whilst after 12 months 93 per cent are still in full-time employment.

To support this, BOXXER will pledge the following to support Weapons Down Glove Up:

BOXXER CEO and Founder, Ben Shalom, said: “The heartbreaking death of nine-year-old Olivia Pratt-Korbel rocked me, and everyone. It was the culmination of a tragic series of recent events in Liverpool, where BOXXER arrives this weekend.

“Such senseless acts must stop. When I spoke to Molly McCann and discovered what she is doing for Weapons Down Gloves Up, we had to ensure BOXXER’s support alongside our roster of role models.

We want our show this week at the M&S Bank Arena to raise awareness locally and nationally for anti-violence initiatives and how they can support the next generation.

“Initiatives like Weapons Down Glove Up have a profound impact in local communities, not just in the great city of Liverpool but throughout the UK where we see similar issues on a daily basis.”

MMA fighter ‘Meatball’ Molly McCann added: “What we are doing works. We just need it on a bigger scale. So I am delighted BOXXER is supporting Weapons Down Gloves Up in such a brilliant way this week.

“We just need to offer as much as we can and for everyone to know – because if we can fix the problems we currently have, help the kids who are younger, and put them on the better path, then they won’t need to make those bad decisions and go down the wrong pathway.”

There are many ways you can get involved with Weapons Down Gloves Up. You can help give teenagers and young adults a better chance in life by becoming a volunteer, sponsor, or employer.

Find out more at: www.weaponsdownglovesup.co.uk

To find out more about BOXXER: Liverpool – which features home city heroes Natasha Jonas and Liam Smith in action, live and exclusively in the UK & Ireland on Sky Sports, click here

PICTURE CAPTION: ‘Meatball’ Molly McCann (C), pictured alongside fellow Liverpudlians Natasha Jonas (L) and Liam ‘Beefy’ Smith at the Rotunda ABC gym, has teamed up with BOXXER ahead of its show at the M&S Bank Arena on Saturday, 3rd September to help promote Weapons Down Gloves Up – PICTURE CREDIT: Lawrence Lustig/BOXXER