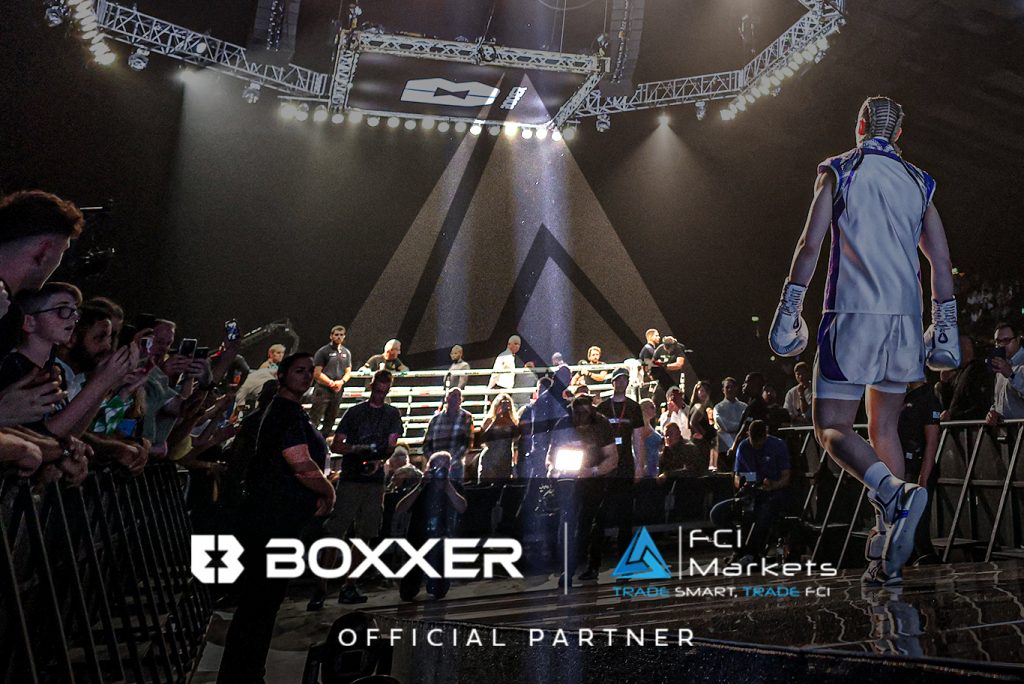 LONDON, UK – BOXXER is delighted to announce the signing of a new partnership with financial services and foreign exchange investment management company FCI Markets as both an official partner and Exclusive Foreign Exchange Partner.

Established in 2009 as Foreign Currency Innovations by a team of highly-experienced former traders in the City of London, FCI meets an ever-increasing demand from investors to diversify their investment portfolios by using its proprietary foreign exchange investment management platform to provide alternative investment opportunities in foreign exchange.

FCI Markets core products are FX, CFDs, Indicies and Commodities, through which it offers a personal and bespoke service tailored to the needs of each individual client.

On fight night, extensive FCI branding will be positioned across the ring canvas, ropes and toblerones and on the venue’s screens, scrims and boards, supported by brand mentions by the ring announcer during the LIVE televised broadcast.

Co-branded “How To Watch” (international viewership) graphics will also be produced ahead of each show and distributed on BOXXER’s social platforms.

The partnership will then feature activations unique to the BOXXER Series shows and their next-generational, gamified format – including FCI branding on the winner’s cheque/prize, and other product integrations to be announced in due course.

Commenting on the partnership, BOXXER founder and CEO Ben Shalom said: “We’re delighted to announce this new partnership with FCI Markets. They are a leader in their space, providing innovative solutions and best-in-class service to their clients. We look forward to developing the partnership over the next twelve months, and there’s no better way to kick this off than with Saturday’s historic bill at The O2.”

Steve Tyjas, Director of FCI Markets, said: “We’re very proud to be partnering with BOXXER, these are exciting times for the company under the leadership of Ben Shalom. We look forward to some fantastic events together on Sky Sports over the coming year.”

BOXXER’s next show will take place this Saturday, October 15th at The O2 in London, as long-time rivals Claressa Shields and Savannah Marshall fight for the undisputed world middleweight championship in the most-anticipated women’s fight of all time, and one of the biggest sporting events of the year.

The card will be the first all-female bill to take place in the UK and the co-main event will see WBO and IBF world champion Mikaela Mayer and WBC champion Alycia Baumgardner face off in a unification bout in the 130-pound division.

Olympians Lauren Price, Karriss Artingstall and Caroline Dubois will also bolster a stacked night of boxing, with the action shown LIVE and exclusively on Sky Sports in the UK & Ireland.

To read more about FCI and its range of products and services, visit https://www.fci-markets.co.uk/.