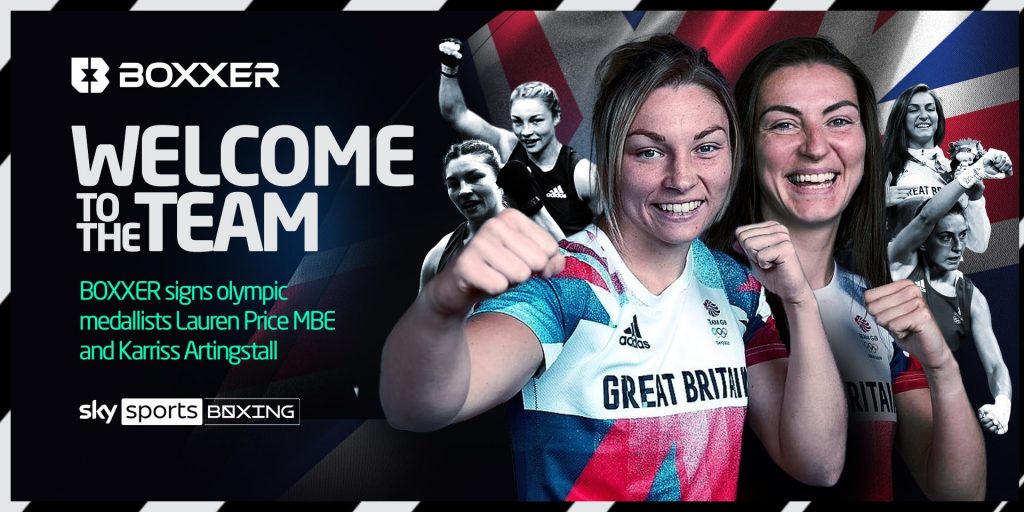 Newcastle, England – April 2, 2022 – Having reached the pinnacle of amateur boxing success, Olympic heroines Lauren Price MBE and Karriss Artingstall will now enter the professional ranks under the BOXXER banner, it was announced today.

With fellow Olympians Claressa Shields, Caroline Dubois and Tasha Jonas in attendance, Price and Artingstall were unveiled as the newest signings to the roster today at a press conference held in Newcastle’s Utilita Arena prior to tonight’s BOXXER event, which is headlined by WBO World Middleweight Champion Savannah Marshall.

The signing of Price and Artingstall to exclusive long-term promotional agreements confirms BOXXER as the home of the world’s strongest stable of professional female boxers and Sky Sports as the biggest platform for the women’s side of the sport. 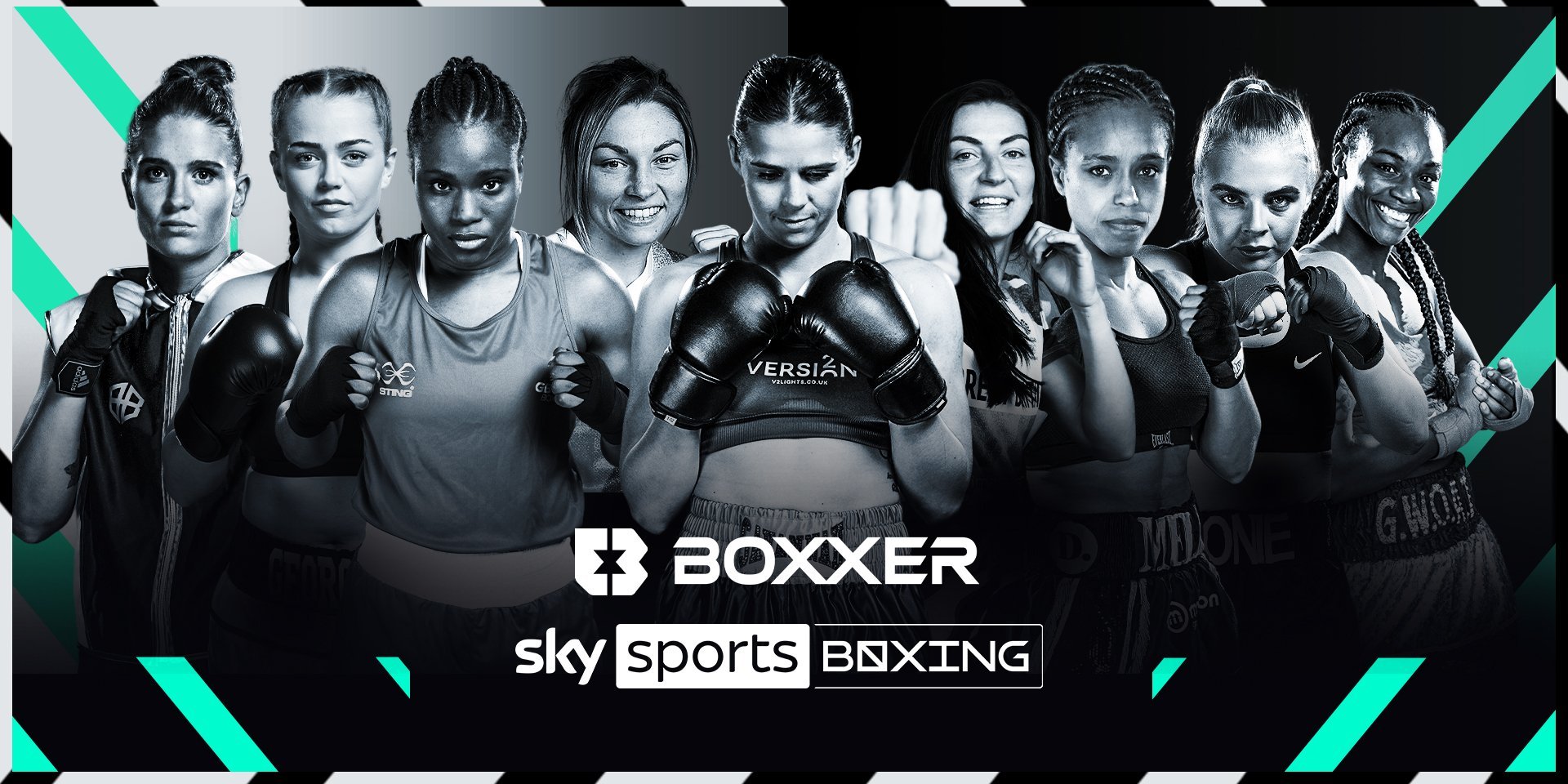 Born and raised in Wales, Price was an outstanding athlete from a young age and achieved success across several sports before deciding to focus exclusively on boxing. She played professional football for several years with Cardiff City and also captained the Welsh Under-19 national team.

The crowning glory of her amateur career came at the 2020 Summer Olympics, when she won a gold medal for Great Britain in the middleweight division. In recognition of her incredible achievements, Price was appointed Member of the Order of the British Empire (MBE) in the 2022 New Year Honours list.

Macclesfield’s Artingstall – a gunner in the Royal Horse Artillery – also medalled at the 2020 Summer Olympics, winning bronze in the highly competitive women’s featherweight division after a close loss in the semi-finals.

Adding to the historic nature of their individual achievements, Price and Artingstall – who are partners outside the training room – made history together as the first same-sex couple to win Olympic medals in boxing and now make history again as the first such couple to sign with a major professional boxing promotion.

“I’m really delighted to sign with BOXXER as Ben Shalom seems to be stamping his authority as a promoter in the boxing scene, especially on the female side of things,” said Price.

“As an amateur I ticked every box, winning consecutive golds at the Commonwealth Games, Europeans, Worlds and Olympics. Sky Sports is a massive platform with all the ingredients to turn someone like myself into a superstar so I can’t wait to get the show on the road and aim for those world titles!”

Artingstall commented, “I think I’ve 100% made the right decision in teaming up with BOXXER as I push forward into the pro ranks. BOXXER and Ben Shalom are doing wonders for the sport right now and I can’t wait to see where this journey goes.”

“I’ve achieved more than most in the amateurs and I’m more than ready to work my way up to world titles on the biggest and best platform of them all, Sky Sports Boxing.”

BOXXER Founder and CEO Ben Shalom remarked, “We are proud and excited to welcome two athletes who have achieved such incredible things and we look forward to achieving more incredible things together as Lauren Price and Karriss Artingstall set out with BOXXER and Sky Sports on their quests for professional honours.”

“This is one of the most exciting announcements yet in the flourishing Sky/Boxxer partnership. We have been massively pushing for this key double signing and we believe we have struck gold here,” said Adam Smith, Sky Sports Head of Boxing Development.

“Lauren brought that ultimate medal back from Tokyo while Karriss brought home Bronze. They have the highest of skills and power and they ooze charisma. We will do everything we can to give them the biggest of platforms to become major stars.

“The signing of Lauren and Karriss – joining the likes of Savannah, Claressa, Tasha and Caroline on Sky surely means we have the leading female stable globally. Ben Shalom and I couldn’t be more happy with the brightest of futures for our fabulous women!”