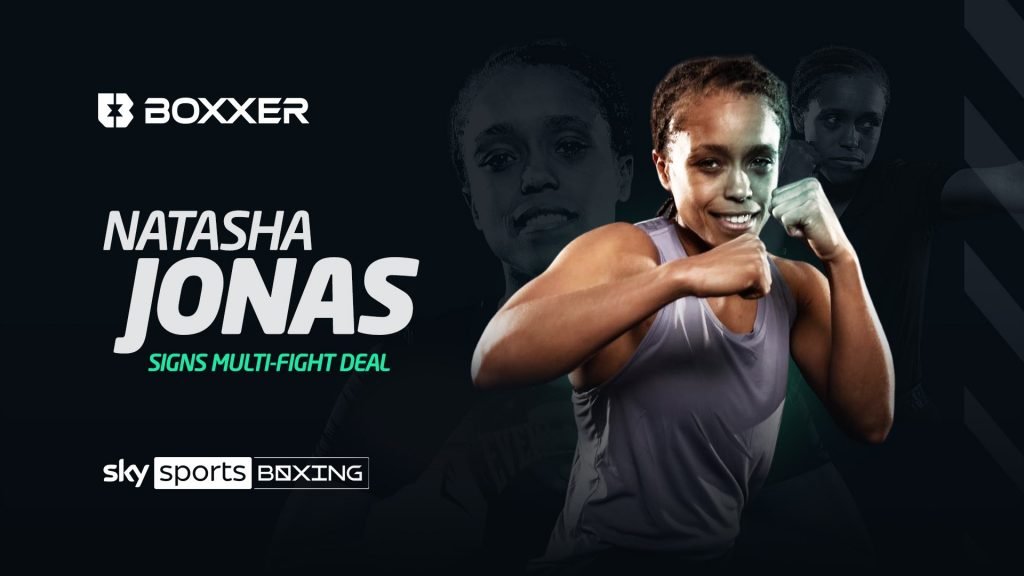 Born and raised in Liverpool, two-time world title challenger Jonas has proudly represented her city and her country in the course of an outstanding career which has seen her repeatedly set new records and raise the bar for British women’s boxing.

As a standout amateur she won five national ABA Championships and made history in 2009 by becoming the first female boxer to compete for GB Boxing, where her haul of medals included a 2010 gold medal in the inaugural GB Amateur Boxing Championships in front of her home fans at Liverpool Arena.

The crowning glory of her amateur career came in 2012 when she made history for a second time by becoming the first female British boxer to compete at an Olympic Games, progressing easily to the quarter-finals before dropping a decision to eventual gold medal winner Katie Taylor and sparking a rivalry which persists to this day.

A professional since 2017, Jonas is the former WBA International Super-Featherweight Champion and has become a firm fan-favourite, her ferocious firepower from her southpaw stance earning her a 77% stoppage rate in her victories. thanks to explosive power.

She has twice challenged for major world titles, taking undisputed World Lightweight Champion Taylor the distance earlier this year in an even contest and being denied victory over WBC and IBO champion Terri Harper by way of a controversial draw decision in 2020.

Jonas said, “I’m so happy to have signed with BOXXER and to remain with Sky Sports who are the biggest and best platform for our sport in the UK. I can’t wait to get started in the BOXXER ring and get back challenging for a World title soon with my biggest fights ahead of me on Sky Sports.”

Ben Shalom, BOXXER Founder and CEO, said “Natasha Jonas has made a significant impact for women’s boxing in this country and has achieved such huge things for her sport, her city and her country. We are very proud to announce this signing here in Liverpool today and we look forward to working together to make her list of achievements even longer,”

Joe Gallagher, Jonas’ trainer, said, “The BOXXER and Sky Sports deal is fantastic for Natasha, it means that she will be really active and get that world title shot again in no time. Sky Sports is the home where she had two back-to-back world title fights against Terri Harper and Katie Taylor so her fanbase is there and her profile is sky high with the great ‘Driving Force’ documentary with Judy Murray. I’m delighted for her and she’ll go from strength to strength.”

Adam Smith, Head of Boxing Development on Sky Sports, said, “Natasha Jonas has been one of the trail blazers for women’s boxing since her historic appearance at the London 2012 Games – and we’re absolutely delighted that she has teamed up with BOXXER’s exciting new stable of fighters.

“Tasha has produced some thrilling performances on Sky Sports, coming within touching distance of a world title in epic battles with Terri Harper and Katie Taylor. We hope the hugely popular Liverpudlian can fulfil that ambition with BOXXER.

“We’re getting ready for an exciting end to the year, with more big fights on the way, live on Sky Sports.”