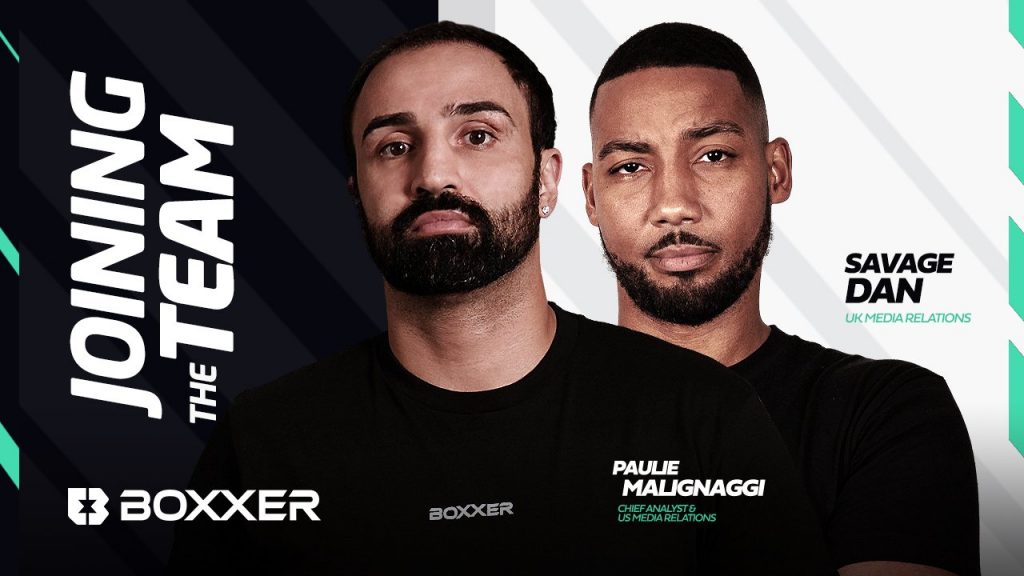 Malignaggi takes up dual roles as Chief Boxing Analyst, and Media Relations, and will play a leading role in media activity and coverage of BOXXER’s fight schedule starting with upcoming BOXXER events on Saturday 20th November at the SSE Arena, Wembley, and December 11th.

A two-time and two-weight World Champion, fan-favourite Malignaggi retired from boxing in 2017 after a spectacular 16-year, 51-fight professional career in which he faced a plethora of greats from his era, including Danny Garcia, Shawn Porter, Zab Judah, Adrian Broner, Miguel Cotto, Amir Khan and Ricky Hatton.

Malignaggi said, “Having worked with BOXXER from its embryonic stages, it’s been an invigorating thrill to watch the company grow from being just an idea to becoming the major promotion with a significant TV deal that it is today.

“I’m looking forward to being at the SSE Arena, Wembley on November 20 and at the December 11 event to continue my part in BOXXER’s growth. I hope to see the company reach many more memorable milestones for years to come.”

Stewart – known in the fight trade as ‘Savage Dan’ –  will assume the role of BOXXER Media Relations, UK and will be at the forefront of media activity for the business, alongside founder and promoter Ben Shalom.

A former top amateur boxer at Hollington ABC and Dale Youth ABC, Stewart has forged a very successful career in entertainment as a music and sports content producer, working with platinum selling artists WSTRN for their hit single In2.

Stewart said, “The Media Relations role with BOXXER is a huge moment for me, but it’s a step I’ve been ready and waiting for. We’ve been working on this for the last 12-18 months and it has culminated perfectly with the BOXXER and Sky Sports partnership. What BOXXER has achieved in such a short space of time has been nothing short of phenomenal and it’s going to be a very exciting time ahead.”

Malignaggi and Stewart also jointly present a hugely successful BOXXER podcast with a passionate following. Mouthpiece: The Home Of Unfiltered Boxing features expert analysis, unfiltered opinions and true stories from inside the fight game with the two hosts getting to grips with the biggest boxing stories of the week. Mouthpiece returns this week ahead of the highly-anticipated BOXXER Series Liverpool: The Super-Lightweights event on Saturday 6th November at the M&S Bank Arena in Liverpool.

Ben Shalom, BOXXER Founder and CEO, said, “I’m delighted to make these appointments which will increase the quality coverage of our fight schedules and promotions for the fans. They will be a tremendous asset to the company as we continue our growth in the boxing world.

“Paulie’s achievements in the ring means he commands respect and naturally understands and relates to the boxers. He is widely considered as the best boxing analyst globally and we are delighted to have him on board.

“Dan has had a successful career in entertainment and has a deep passion, vision and understanding of boxing that will become a major asset to the business going forward. I look forward to the contribution they will make to the BOXXER team as we build towards future success.”