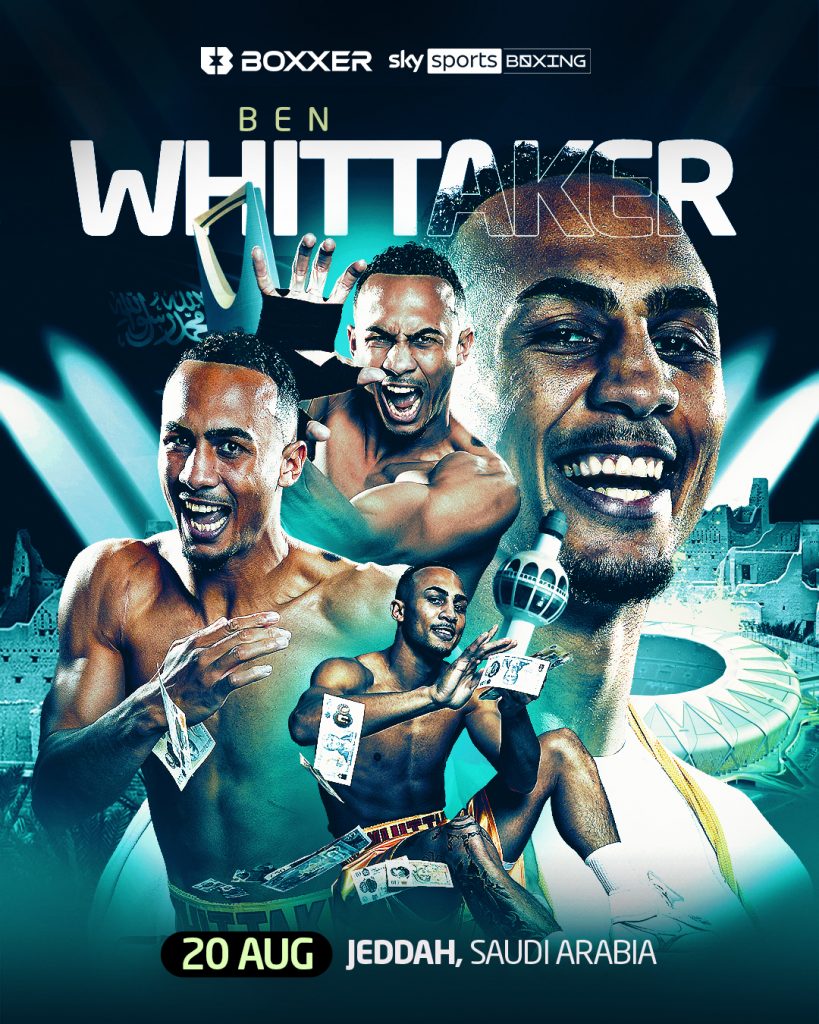 Fresh from his incredible debut, rising British boxing superstar Ben Whittaker returns to the ring for his second fight this weekend as he faces a former foe in Saudi Arabia.

The Team GB Olympic silver medallist had everybody talking when he began his professional career in blistering fashion in Bournemouth just three weeks ago.

In a dazzling display, ‘B£NZO’ – who is also known as ‘The Surgeon’ – showed why many believe he is destined for world title glory as he blasted away Greg O’Neill with a devastating second-round stoppage.

Trained by SugarHill Steward, the 25-year-old matched his impressive in-ring prowess with an entertaining combination of bravado and showboating to immediately get fight fans excited about him.

And they won’t have to wait long for his next outing with the Tokyo 2020 Olympics hero now confirmed for a fight at the state-of-the-art King Abdullah Sports City Arena, Jeddah on Saturday’s Anthony Joshua vs Oleksandr Usyk undercard.

Birmingham light-heavyweight Whittaker, 25, will go toe-to-toe with unbeaten Croatian boxer Peter Nosic (6-0, 3 KOs) in a six-round contest as part of an action-packed undercard, before the main card airs live and exclusively on Sky Sports Box Office.

Nosic and Whittaker are no strangers. On his amateur debut in 2015, the Croatian was stopped inside round two by the Brit – and Whittaker will be determined to repeat that feat in Jeddah.