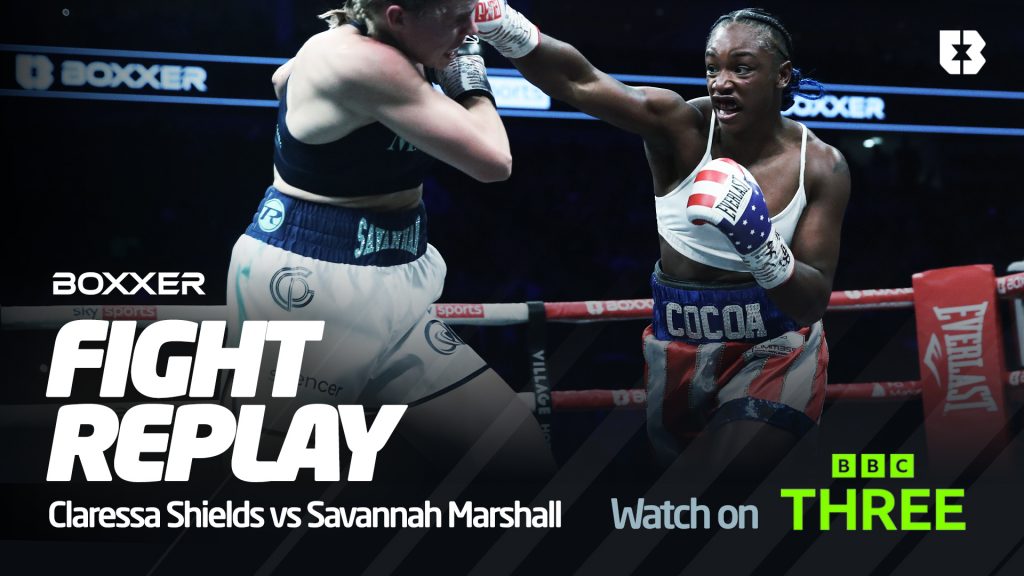 LONDON, UK (18 October 2022) – Fans can enjoy a full replay of the Fight of the Year contender between Claressa Shields and Savannah Marshall, LIVE on BBC Three and BBC iPlayer tonight at 10:30pm BST.

In a deal struck between BOXXER and the UK public-service broadcaster, fans will now be able to watch Saturday’s epic fight in its entirety, as American superstar and two-time Olympic Gold medalist Claressa Shields became the first fighter in history to be crowned an undisputed champion on three different occasions, by defeating Britain’s Savannah Marshall with a unanimous points victory, in front of a sold-out arena at The O2.

The record-breaking event in London saw over two million viewers tune in on Sky, making it the biggest audience for a LIVE women’s sport event ever on Sky and the second most-watched non-PPV boxing event on Sky since 2014.

BOXXER CEO & Founder, Ben Shalom, said: “It was a historic event that will go down in history. In partnership with Sky, we staged something many thought wasn’t possible.