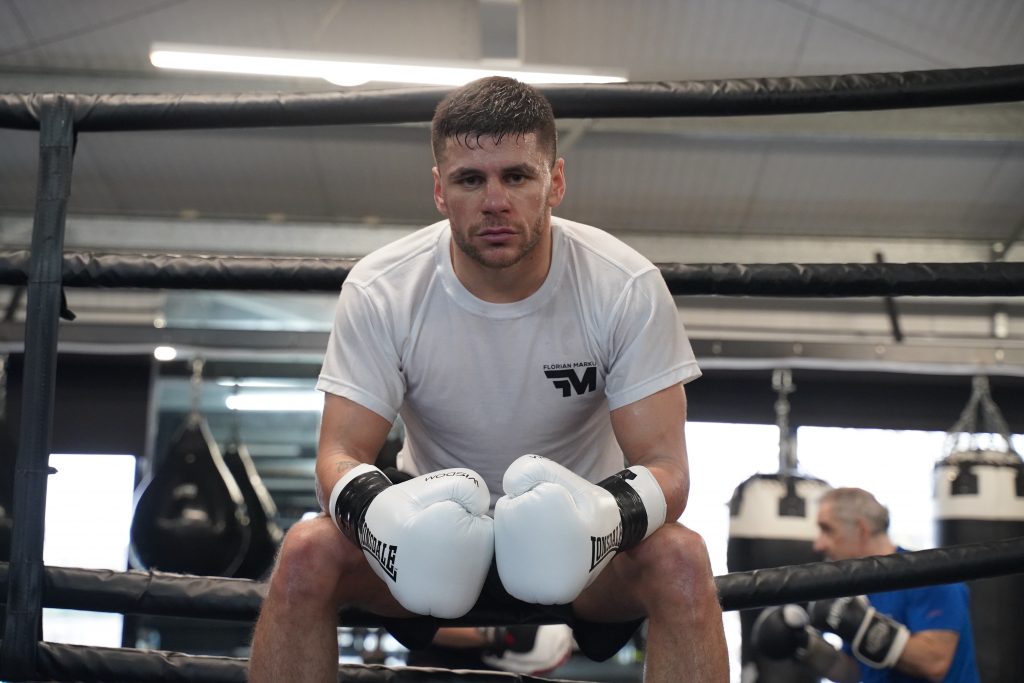 AHEAD OF NOVEMBER RETURN TO SKY SPORTS, FLORIAN MARKU SETS SIGHTS ON WORLD TITLE AND LAYS REGIONAL RIVALRY TO REST

London, England – (7th October 2021) – Florian Marku returns to the BOXXER ring on Saturday, November 20 for a fight at SSE Arena Wembley which will be televised live and exclusively on Sky Sports.

Ahead of that contest, the first 2021 bout of his multi-fight commitment with BOXXER, ‘The Albanian King’ is excited to be back on Sky Sports and has shifted his focus entirely to pursuing a world title.

“Sky is the best! I’ve seen Sky since I was a little kid, when I was watching big fights in Greece, and now I’m on this platform. When I think about that, it’s like a dream,” he says.

“By the end of next year, I hope to have a major title [belt] around my waist. I think I’m about four good fights away from that, four fights with top fighters, good names…Nigel Benn’s son [Conor Benn] doesn’t want me anywhere near him, so this is not my target.”

Marku quietly went through a prolonged injury layoff earlier this year, needing several months to recover from surgery on both hands in February. He stayed focused during the layoff and is now ready to display his explosive power-punching style for Sky Sports viewers once again.

“Nobody knows yet but I had surgery on both hands this year. I had the metacarpal fused on one hand and had a dislocated thumb fixed on the other one. In February I went into the [Rylan Charlton] fight with the thumb dislocated but I didn’t tell anyone because I didn’t want to pull out,” he reveals.

“So I fought like that and won, then I went for surgery on both hands and couldn’t fight for six months. Everything went perfect, I came back and won, now I’m ready to fight again… This sport is my life. What better to do than what you love to do and get paid for what you love to do?”

News of Marku’s opponent for the November 20 card, which also includes Richard Riakporhe, a British Light-Heavyweight Title clash between Hosea Burton and Dan Azeez plus the professional debut of Team GB Olympian Caroline Dubois, will be announced in the near future.