Get ready for an early Christmas cracker as cruiserweight hero Chris Billam-Smith comes back to town to headline a blockbuster BOXXER card at the Bournemouth International Arena on Saturday, December 17th.

‘The Gentleman’ celebrated a unanimous points victory over Isaac Chamberlain in a destructive display back in the summer.

And the former Commonwealth king is ready to raise the roof again and take a giant leap towards a world title shot in 2023 when he takes on dangerous German fighter and WBO Inter-Continental champion Armend Xhoxhaj.

‘Sweet’ Caroline Dubois closes an unforgettable 12 months back in Bournemouth – the scene of her stunning summer stoppage over Happy Daudi.

Fresh from his sensational third-round KO over Ross McGuigan, Viddal Riley looks to close out a phenomenal year with yet another highlight reel performance.

Plus, Bournemouth’s own Lee Cutler will look to spread some festive cheer with the super-welterweight prospect in action too. 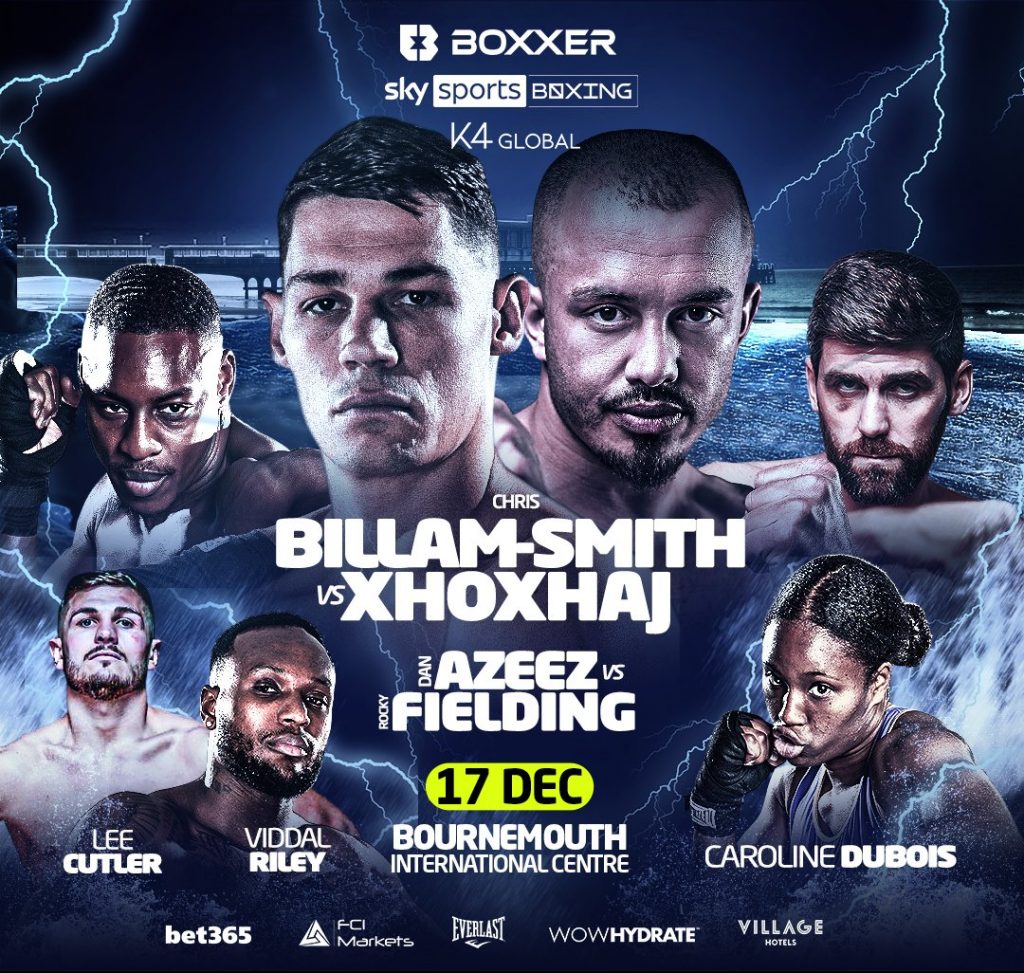