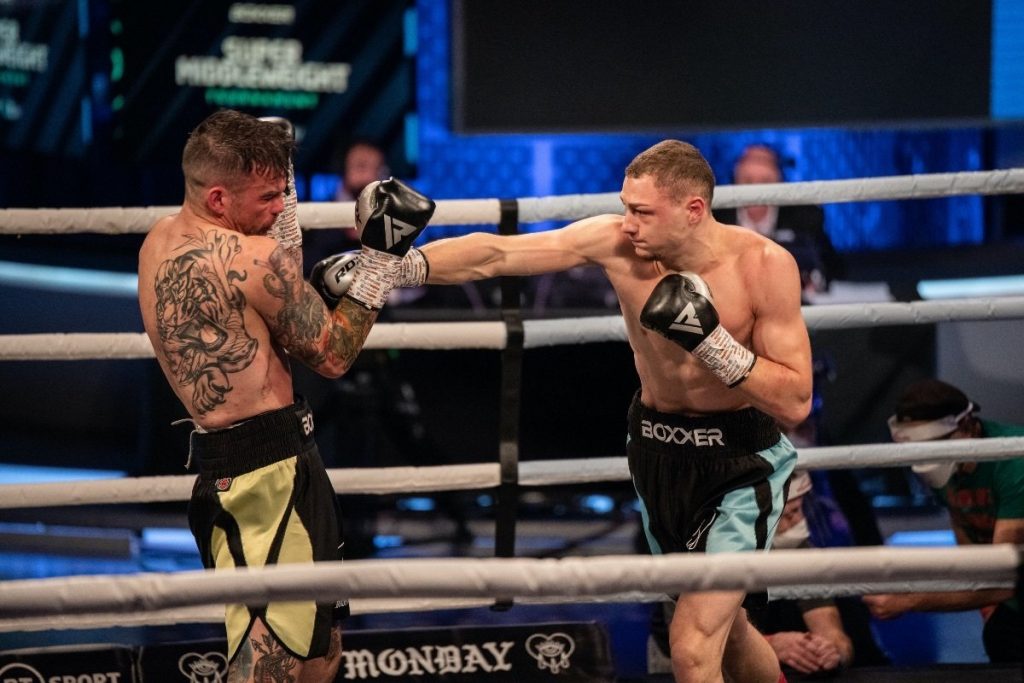 In this week’s column, presented by RDX Sports, veteran columnist Steve Bunce takes a close look at the audacious and exciting Zak Chelli, who has quickly become one of the UK’s hottest super-middleweight prospects.

Zak Chelli could have taken the easy and lazy route to title contention.

Instead, Chelli, who fights in the Ukraine on Saturday night, accepted hard fights and demanded hard fights from the start of his career. It is not the usual way for a young prospect to progress.

Zak’s stats are rare in the modern game: he is 23, has won nine, lost one, drawn one and dropped his opponents a total of ten times. He has met four unbeaten men, including two genuine prospects in early “showdown” fights.

This is simply not the way business is done today.

In 2018 he beat Umar Sadiq over eight rounds, dropping Sadiq in the sixth, and a year later he lost on points over ten to Kody Davies, but Davies was also sent tumbling to the canvas.

Sadiq is in the British Top 12 at super-middle and Davies is in the same position up at light-heavyweight; they are still contenders, men just like Chelli on the outside.

(Incidentally, Sadiq beat Davies over ten rounds in 2020. The message should be clearer: an early defeat does not ruin a boxer’s career.)

“I have always wanted to test myself. I wanted to fight the old way and that meant taking risks and accepting real fights,” he explains.

A lot of modern boxers say the same thing… and then have easy fight after easy fight, which is dangerous to their development.

Last month a young, unbeaten and impressive talent called Willy Hutchinson fought for the British super-middleweight title – a belt Chelli wants to win – and was brutally exposed by Lennox Clarke, the seasoned champion.

Hutchinson had not lost in 13 fights, he had never been tested and badly needed the type of hard learning fights Chelli has so far had. It was a sobering night for a modern sport with far too many protected prospects. Hutchinson looked shocked at Clarke’s refusal to fold.

“I want to know that when the chance comes I will be ready,” says Chelli. “This is a hard sport and there are no shortcuts. Nobody will give you anything – you have to fight for everything.”

Last November, Chelli was flawless when he won the four-man BOXXER Super-Middleweight tournament behind closed doors at BT Studios in London, using his mix of boxing brain and power to win twice in one night.

As an amateur, Chelli represented England at international events and often had to box on consecutive days. This experience helped him here as he first outpointed the unbeaten Vladimir Georgiev over three rounds, then stopped Mike McGoldrick in the final.

“I needed those fights, I needed to get back in the ring,” says Chelli. “I want to be busy, all fighters have to stay busy. There is always the hope that one day the phone will ring and the chance will come.”

Super-Middleweight has been one of British boxing’s top divisions ever since the series of fights between Michael Watson, Chris Eubank and Nigel Benn nearly 30 years ago.

Today’s British super-middleweights are a quality line-up: Billy Joe Saunders is at the top, Callum Smith is right there next to him and then about ten other British boxers, including Chelli, are in the mix.

This Saturday in Kiev, he fights Bohdan Harkavyi on a show promoted by Oleksandr Usyk’s company. Harkavyi, who has won four and lost two, is 20 and is described by Al Siesta, who is working with Usyk on the show, as “young, tough and local. He will come to fight.”

He is also avoided – but that will change.

The call will come, and when it does, Chelli will be ready and waiting.