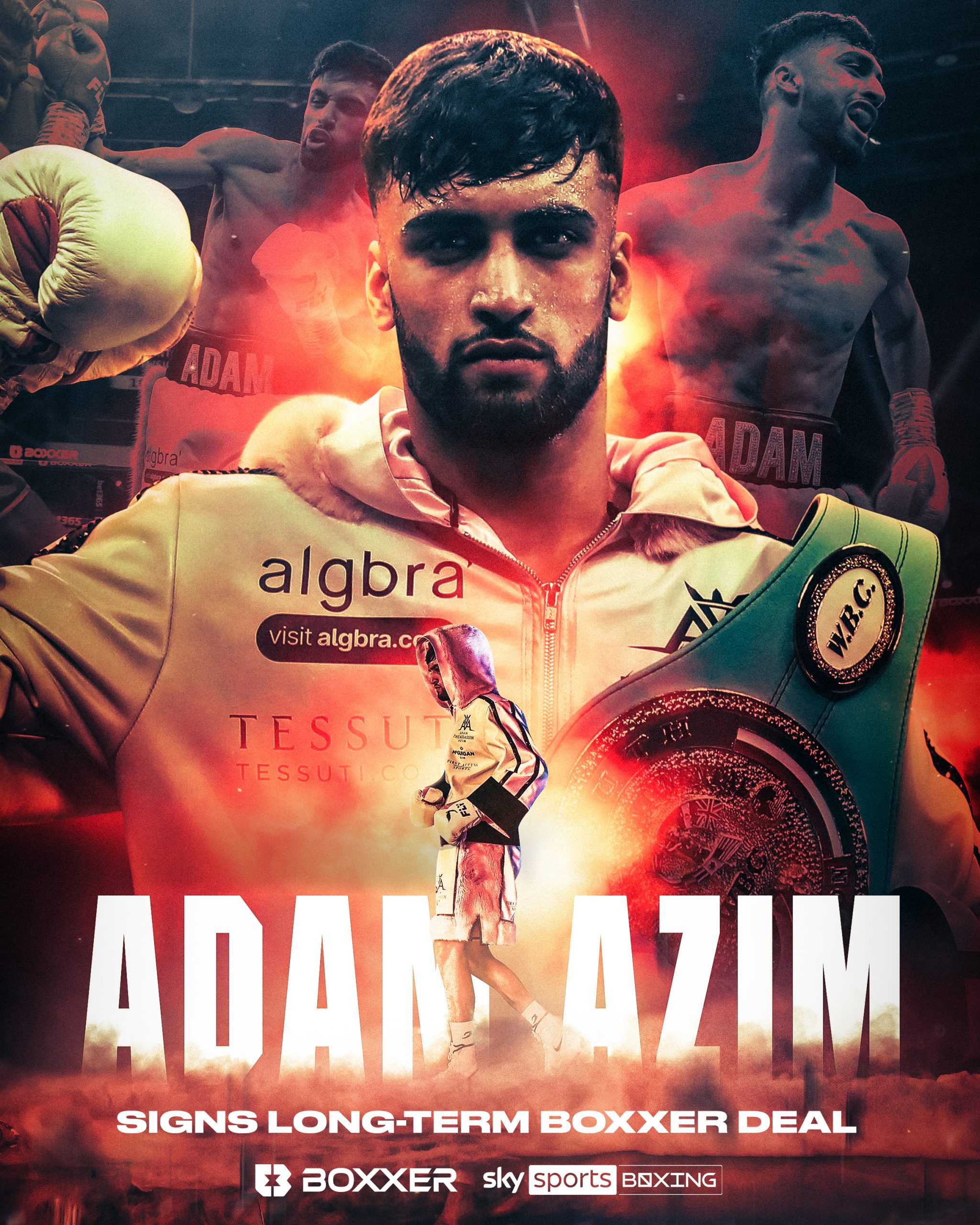 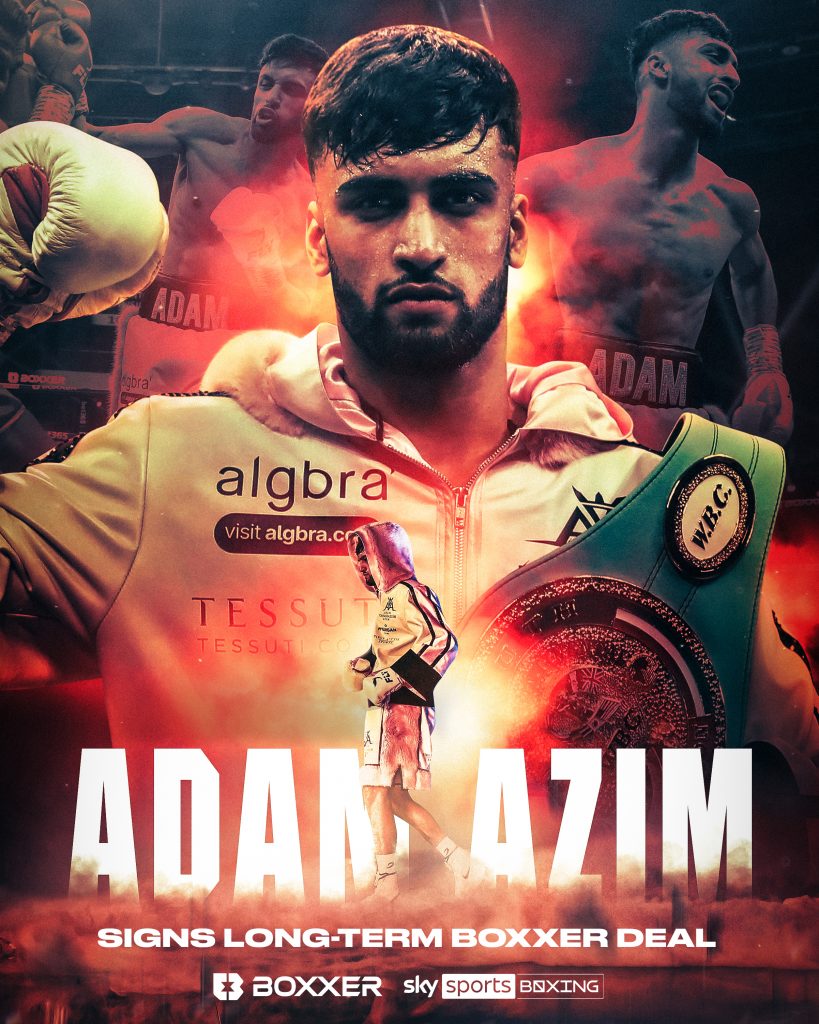 The incredible super lightweight sensation has enjoyed a flawless start to his professional career with a stunning record of six wins and five knockouts.

Regarded as Britain’s best and most exciting boxing prospect, Azim is a generational talent destined for the very top of the sport.

The legendary Amir Khan – who became world champion at 22 – has predicted the 20-year-old Azim will eclipse his record and win a world title even sooner.

Judging by the blistering pace he has set this year – with four highlight-reel stoppage wins from four fights – the Shane McGuigan-trained protege is on track to prove Khan correct.

Adam Azim (6-0, 5 KOs) said: “I am delighted to sign a long-term deal with BOXXER and Sky Sports.

“You have only seen a glimpse of what I can do with these quick KO’s, I am going to send shock waves through the sport of boxing with electric performances. I was born to do this and I can’t wait to have these big fights on Sky Sports.

“I want to thank everyone involved in getting this deal done, my manager and trainer Shane McGuigan and the teams at BOXXER and Sky Sports. This is going to be a great ride!”

BOXXER CEO and Founder, Ben Shalom, is thrilled to see Azim put pen to paper on a new contract.

“Adam is one of the most exciting prospects on the planet,” said Shalom.

“We have seen him light up our screens in just his first few fights so far – and we believe he will make history with what he can achieve in the sport.

“We are delighted to have struck a long-term deal with Adam. We’re the perfect place for him, on Sky, to become one of Britain’s youngest-ever world champions.

“Adam will become a superstar of British boxing and possibly one of the biggest of all-time. That is exactly what our sport needs, with Adam inspiring the future generation of stars.”

Adam’s manager and head trainer, Shane McGuigan, added: “This is a groundbreaking deal for Adam Azim and Sky Sports. I am thrilled to get this over the line with BOXXER and Sky.

“Adam is a generational talent who is developing at real speed and Sky Sports is the perfect platform to showcase him on his rise to the top of the sport.”

“There is a long way to go and he needs to be truly tested as he rises through the levels. But there are shades of a young Naseem Hamed and he could be a future superstar. We can’t wait to be part of that journey on Sky.”

In what will be his first headline fight, Azim faces a tough test which will draw even more attention to his ever-growing profile as he faces the wily and experienced campaigner Rylan Charlton at BOXXER: Breakthrough on Sunday, November 27th.

Adam’s talented and undefeated brother Hassan will also be in action at Alexandra Palace on Sunday, November 27. For tickets, head here