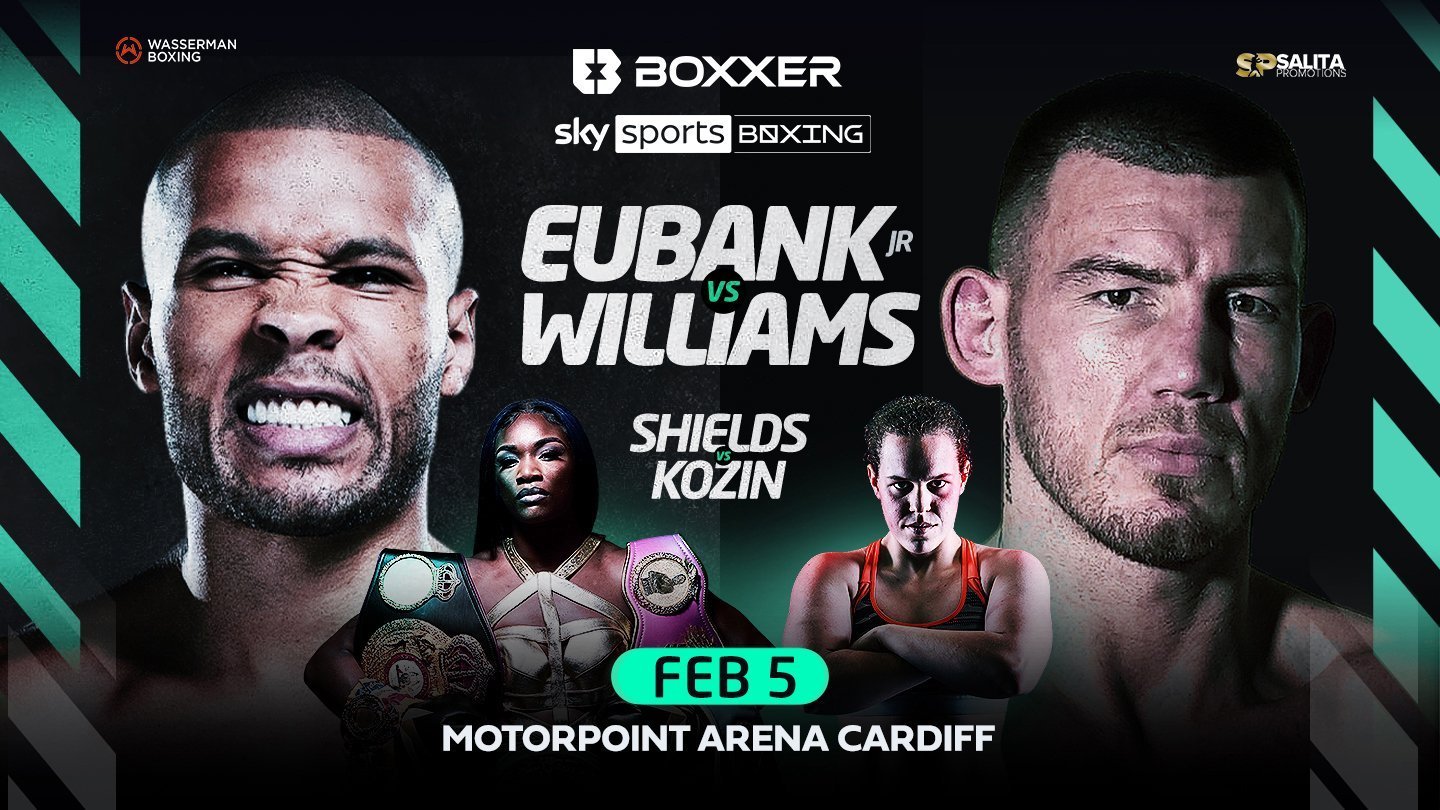 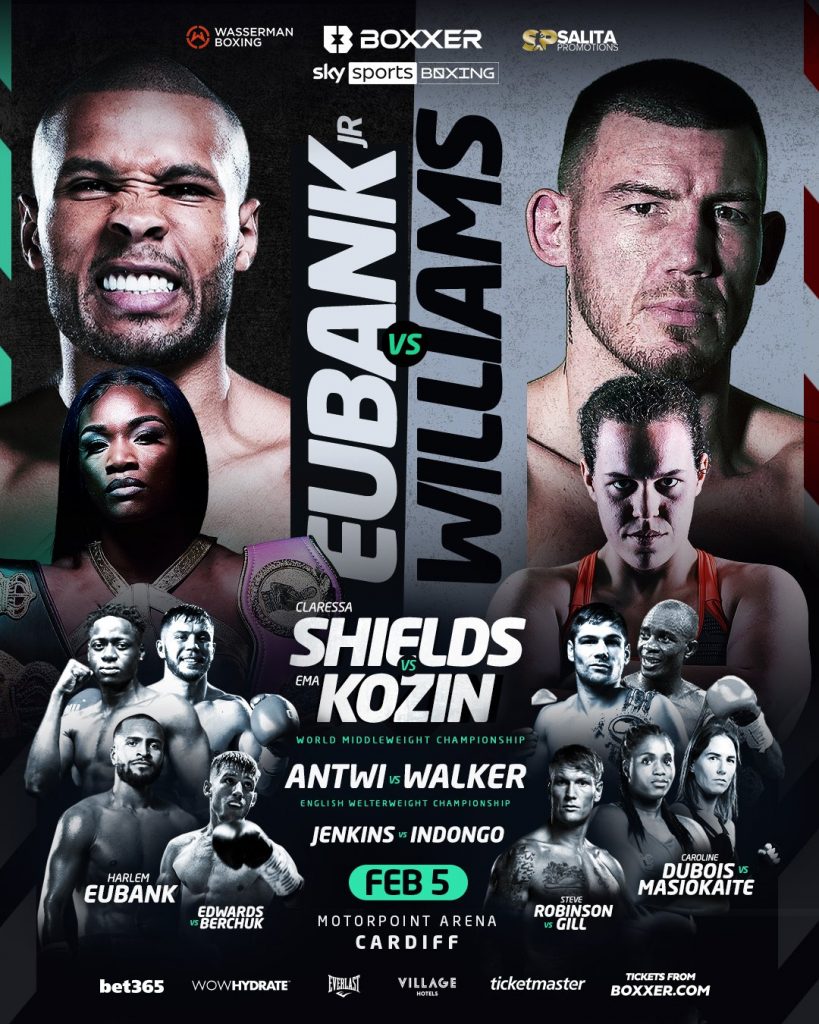 Cardiff, Wales – January 14, 2022 – Following today’s announcement by the Welsh Government that indoor sports events can resume in Wales, BOXXER is pleased to announce that the long-awaited showdown between bitter rivals Chris Eubank Jr. (31-2, 23 KO’s) and Liam Williams (23-3-1, 18 KO’s), presented in association with Wasserman Boxing, will take place at the Motorpoint Arena Cardiff on Saturday, February 5, live and exclusively on Sky Sports.