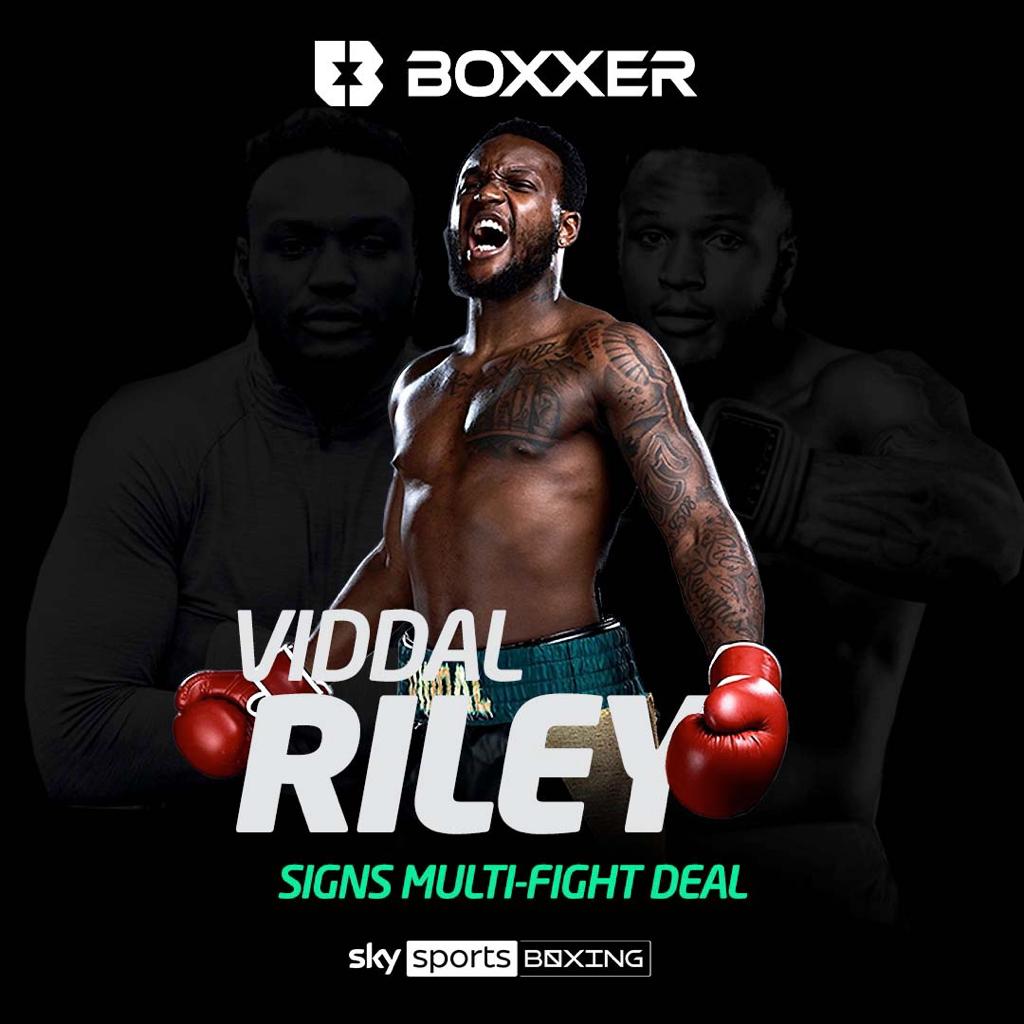 A former Team GB member who represented Britain at the 2014 Nanjing Youth Olympics and still undefeated as a professional, Riley has an enormous following thanks to his second career as a digital content producer and social media influencer.

Between his YouTube, Twitter and Instagram channels, over two million fans have followed Riley’s journey from amateur standout to professional prospect and will now watch him take his career to the next level on Sky Sports.

Riley started boxing at the age of 6 and went 41-8 with 19 wins by KO during an amateur career which featured a European Junior Silver Medal and a win over Daniel Dubois as well as the 2014 Youth Olympics appearance.

He is also known as the trainer of YouTube sensation and super-influencer KSI, having trained him for both of his bouts with Logan Paul as well as his showdown with domestic rival Joe Weller.

“Been a long time people, but I’m back! Pleased to announce that I’ve inked a deal with BOXXER to fight exclusively on Sky Sports. Can’t wait to lace up my gloves – stay tuned for updates!” said Riley today.

“We’re extremely excited to announce the signing of one of the most highly-rated  prospects in British boxing and we are looking forward to being part of his incredible journey,” said Ben Shalom, founder and CEO, BOXXER.

“The sky’s the limit for Viddal – he has a huge following, an infectious personality and, most importantly, the ability to go to the top of the sport.”

“Viddal Riley is another hugely exciting addition to the growing BOXXER stable – and we cannot wait to see him back in action, live on Sky Sports,” said Adam Smith, Head of Boxing Development at Sky Sports.

“We’ve recently welcomed Viddal onto the Sky Sports team in his new role as a social media presenter as we continue our dynamic new generation of boxing events. Now it’s time for Viddal to resume his unbeaten boxing career and we cannot wait to follow that enthralling journey on Sky Sports.”

News of Riley’s debut under the BOXXER banner will be announced in the near future and will be a personal landmark for the rising star, being his first time fighting professionally in his home country. Riley’s professional bouts to date have taken place in the USA, Dubai and Mexico.